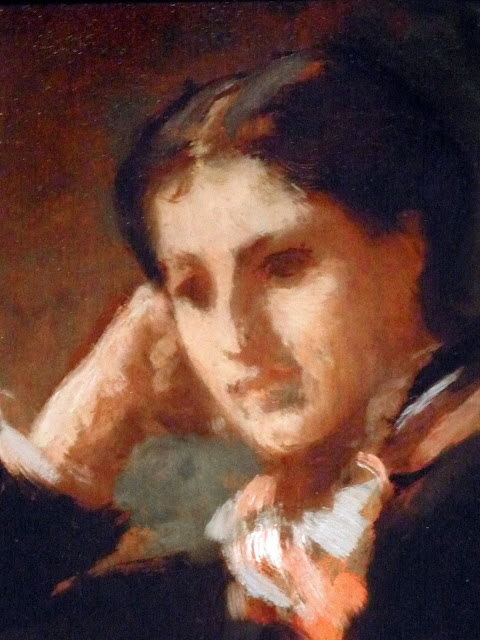 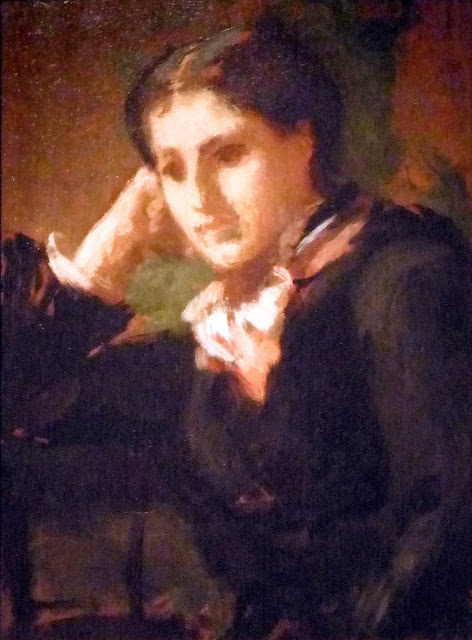 
During an age when social conventions limited the opportunities for women, author Charlotte Perkins Gilman was influential in exposing the problems that lay behind the sentimental facade of domesticity. She achieved an international reputation with the publication of Women and Economics (1898), a book that highlighted the importance of economics in shaping relationships between men and women. Her critique of patriarchal power was in part rooted in her own traumatic experiences as a child and a young wife. Most famously, her chilling short story "The Yellow Wallpaper" dramatized the repressive treatment she received during a period of depression following the birth of her first child. More typically, Gilman's writings focused on specific reforms for everyday living, from child-rearing to women's dress. This portrait sketch shows her as a young woman before her rise to prominence. -- NPG

The Library of Congress has these 1900 photos of Charlotte Perkins Gilman: 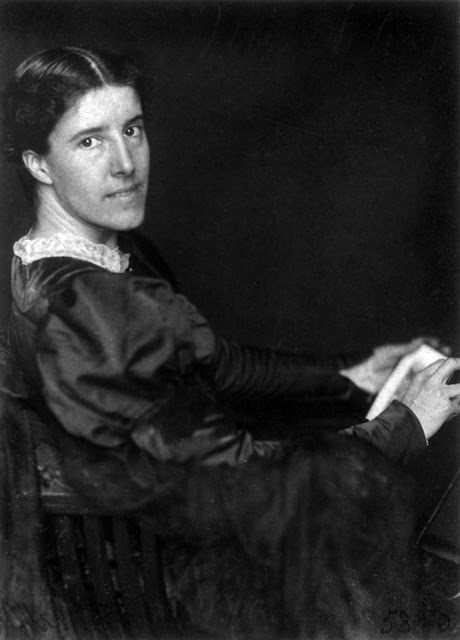 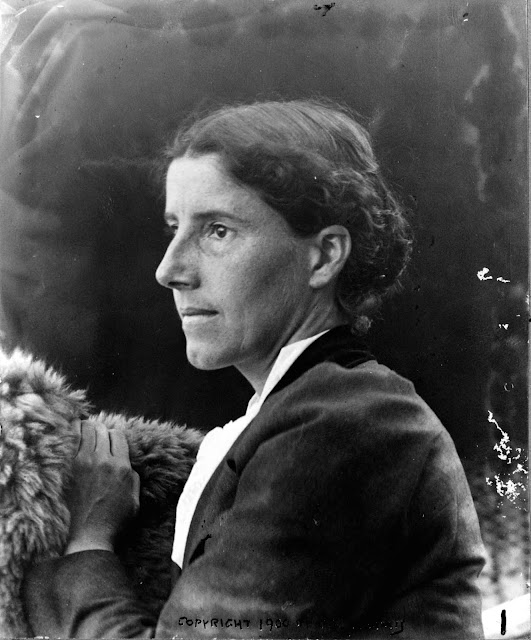 This image of Charlotte Gilman Perkins appeared  in the The Virginia Enterprise, published in St.Luis County Minnesota on July 28, 1905. (Read the article here.) 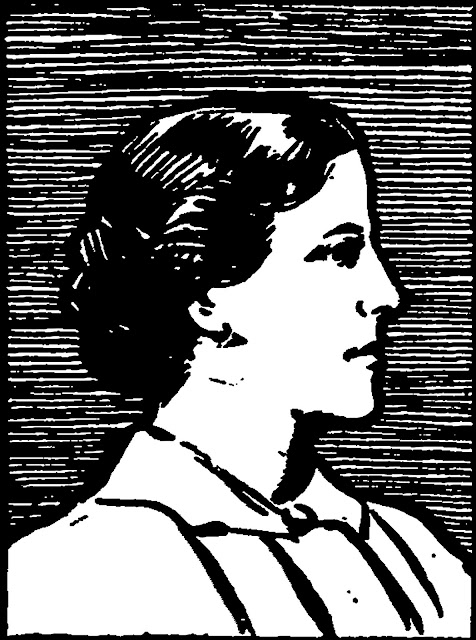 A most interesting woman is Charlotte Perkins Gilman, by no means not always understandable, but yet most attractive in her originality and her altruism. The rich conservatives may look upon her as a dangerous meddler, but many people go to her lectures and read her writings. -- The Virginia Enterprise, July 28, 1905.

And this newspaper image accompanied Ms. Gilman's biting comments on the issue of Child Labor:

No fledgling feeds the father bird!
No chicken feeds the hen!
No kitten mouses for the cat—
This glory is for men:

We are the Wisest, Strongest Race—
Loud may our praise be sung!
The only animal alive
That lives upon its young! 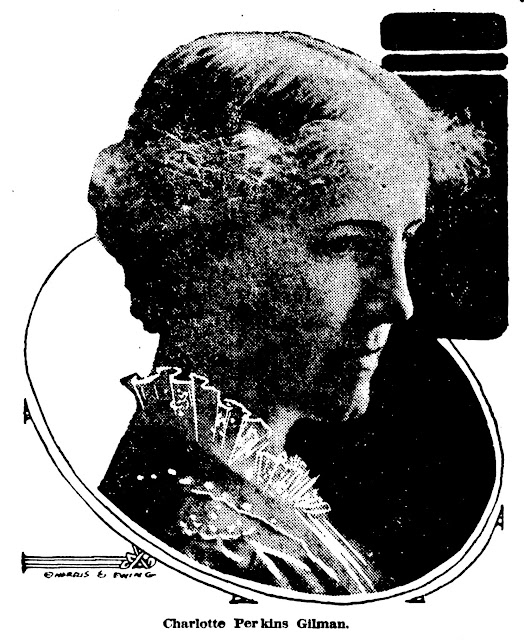 “The economic dependence of woman on man has caused almost all of the misery in the world. The man has to make money to get love; the woman has to make love to get money.” -- Charlotte Perkins Gilman.
Posted by Allen Browne at 12:00 AM