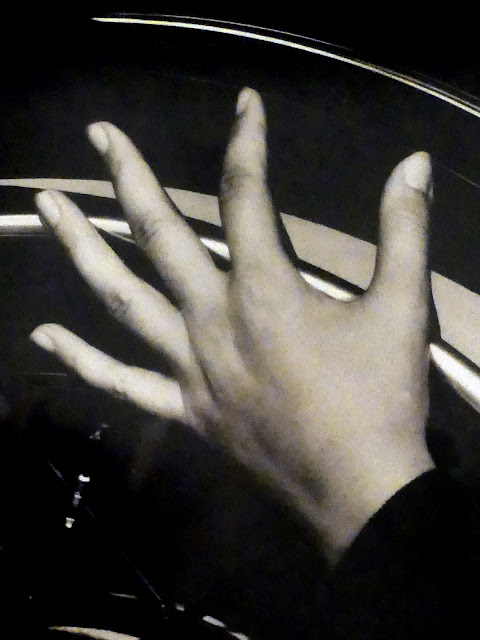 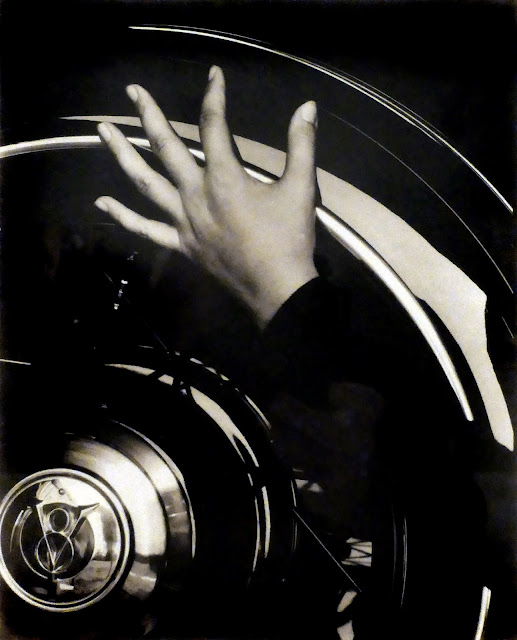 This 1933 photograph by Alfred Stieglitz entitled Georgia O'Keeffe - Hand and Wheel hangs in the National Portrait Gallery in Washington DC.

Stieglitz, O'Keeffe, and a Ford V-8


Alfred Stieglitz was a prominent photographer and, as director of the gallery 291 in New York City, a tireless champion of modernist art. He first encountered the work of Georgia O'Keeffe on New Year's Day in 1916, when a mutual friend showed him a group of abstract charcoals she had recently completed. He called them the “purest, finest, sincerest things that had entered 291 in a long while.” Stieglitz's enthusiasm led to a prolific exchange of letters between the New York dealer and the West Texas schoolteacher twenty-four years his junior. O'Keeffe moved to New York in 1918 where a mesmerized Stieglitz began taking photographs of the woman who would become his wife. Over the next twenty-five years, Stieglitz shot more than three hundred images of O'Keeffe, her face, body, and hands.

In 1929, O'Keeffe made an extended trip to New Mexico that changed the direction of her art. While most associated with close-up views of flowers like Yellow Calla she was compelled by the stark landscape, distinct indigenous art, and unique adobe architecture of the Southwest. She bought a Model A and learned to drive so she could explore the desert. When the Ford Motor Company launched the V-8 in 1932, its first low-priced car with a high-performance engine (a preferred getaway car for period bank robbers), O'Keeffe bought one, replaced the back seat with her easel, and painted in the shadow of its canopy.

Stieglitz made Georgia O'Keeffe—Hand and Wheel the following year, during a summer sojourn at the Stieglitz family home in Lake George, New York. The photograph captures the enduring sensual appeal O'Keeffe held for Stieglitz and links the artist with her mobile studio, the vehicle of her independence and an essential tool of her creative process.

For more connections between American art and the automobile, see the installation of the Albert H. Small Model Car Collection in the Luce Center, opening in April 2020. -- NPG 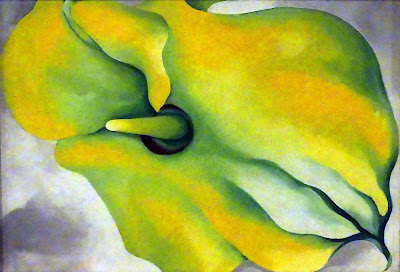