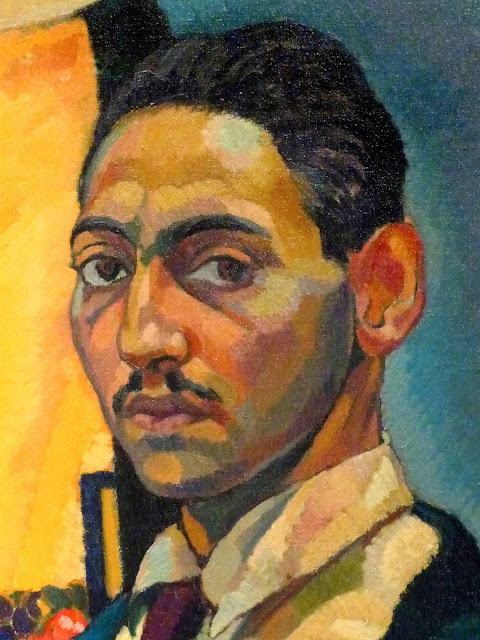 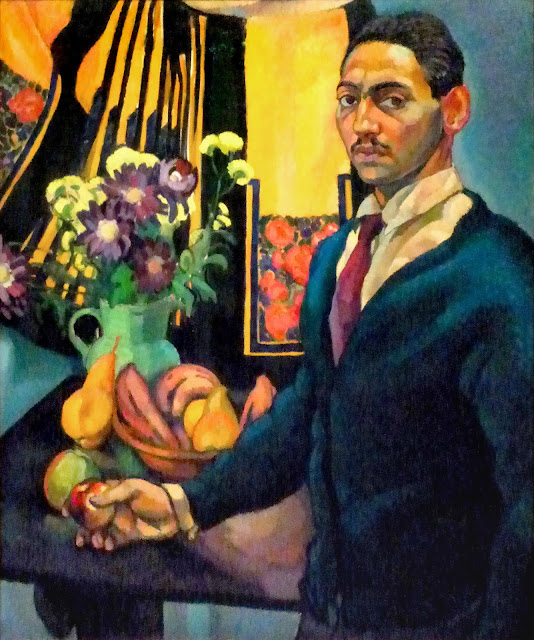 
Lee Simonson, a major force in American scenic design, discovered in his youth what “painters and designers’ vision could do to revivify the theater.” After graduating from Harvard in 1909, he sought to become a muralist and went to Paris. There, over the course of three years, he honed his skills while attending some of the most experimental
European theatrical productions. He also formed friendships with other American expatriates, notably the writer Gertrude Stein and the painter Stanton MacDonald-Wright.

When he created this self-portrait, he may still have been living in Paris. The painting shows his mastery of pattern and composition, and the areas of pure, vibrant color reveal his interest in Paul Cézanne, Paul Gauguin, and the French contemporary painters known as the Fauves. Upon returning to New York City, in 1912, Simonson felt determined to launch his career as a set designer. -- NPG 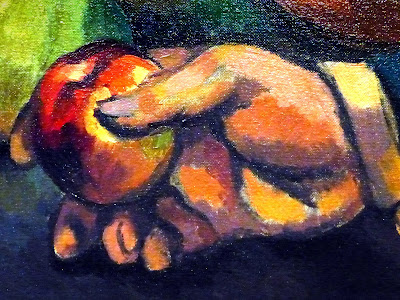 The New York Public Library has this photo of Simonson at work: 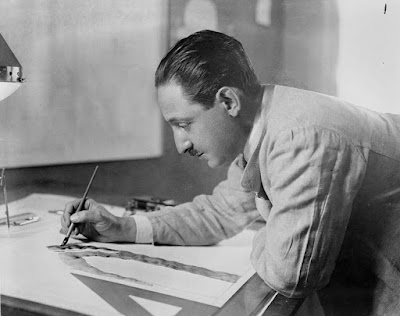 This depiction of a stage set by Simonson appeared in the Literary Digest Oct. 14, 1922 in a article entitled The Passing of Stage Scenery. 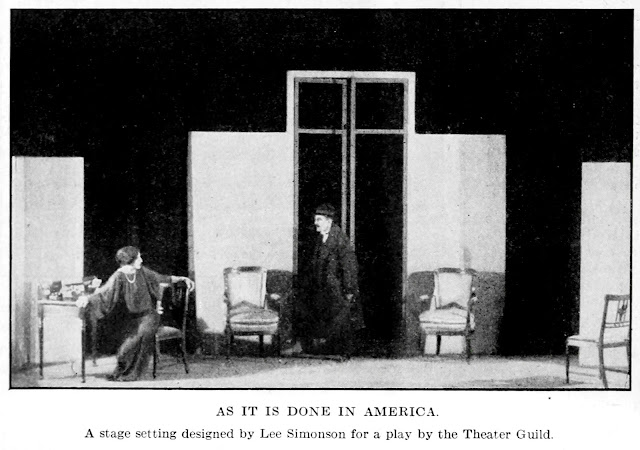 As It is Done in America
A stage setting designed by Lee Simonson for a play by the Theater Guild
Posted by Allen Browne at 12:00 AM