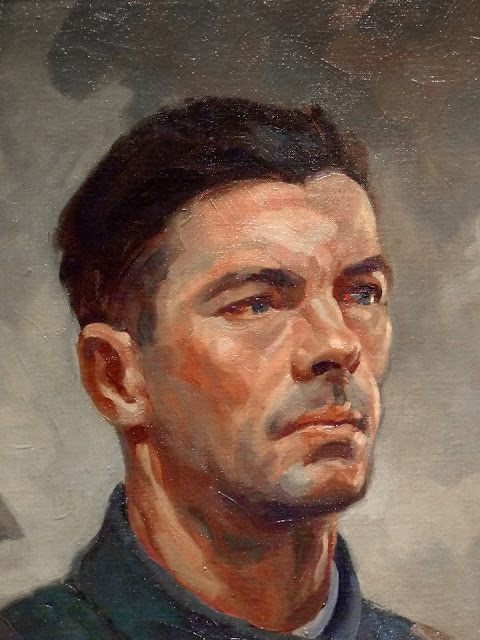 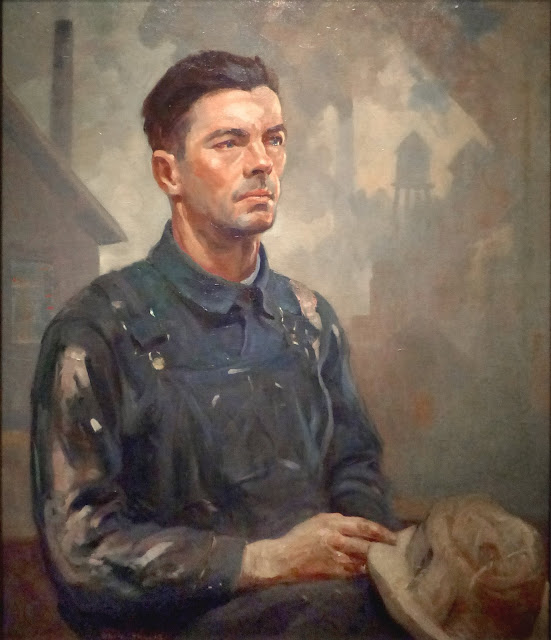 This 1929 portrait of Simon Staten by Olin Herman Travis entitled A Workman was on display in the  National Portrait Gallery in Washington,  DC. It belongs in the Collection of George and Beverly Palmer.


This portrait of Simon Staten (life dates unknown); an unemployed steelworker, World War I veteran, and native of Ozark, Arkansas; exposes the hardships of unemployment that affected millions of American workers during the Great Depression. “Somehow both the great wars are in his eyes,” observed Ada Miller, a secretary at the Red Cross in Dallas, where this painting was once displayed. The two great wars she was alluding to were the Depression and World War I.

The painter Olin Herman Travis was a prominent member of the Dallas Nine, a circle of artists who drew inspiration from the Southwest in the 1930s and 1940s. This influence can be seen in the objective, unromantic style of his paintings and his choice of subject.  -- NGA