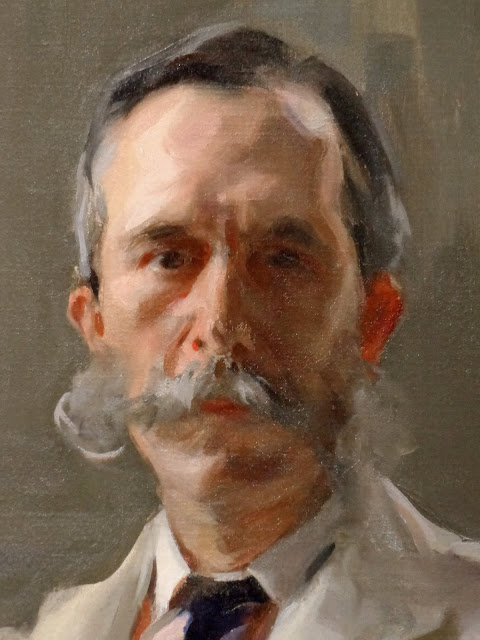 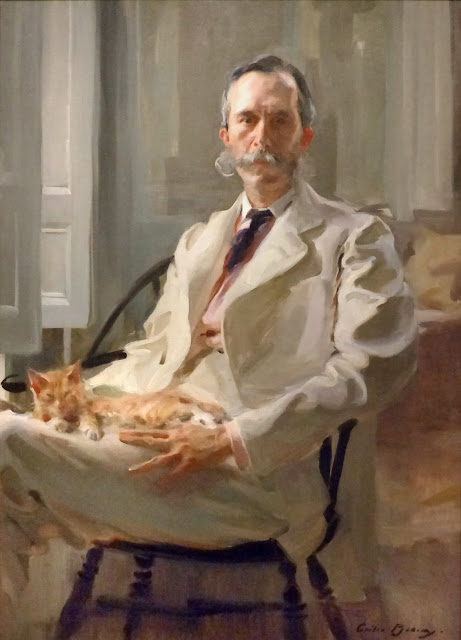 This 1898 portrait of Henry Sturgis Drinker entitled Man with a Cat by Cecilia Beaux hangs in the Smithsonian American Art Museum in Washington, DC.


Cecilia Beaux's portrait of Henry Sturgis Drinker is an interesting pairing of artist and sitter. Drinker was Beaux's brother-in-law, a railroad executive who later became president of Lehigh University. In the 1890s, men such as Drinker were at the pinnacle of East Coast society, and their tastes shaped public life for decades.

Beaux was a fiercely independent woman who lived well, kept handsome lovers, and had a will of iron. At a time when few women could, she carved out a career for herself as a portraitist, and was thought to rival John Singer Sargent. Drinker's mutton-chop whiskers, linen suit, and casual pose convey immense self-assurance, but his steady, almost wary gaze suggests that he recognized in the artist a personality as strong as his own. -- SAAM 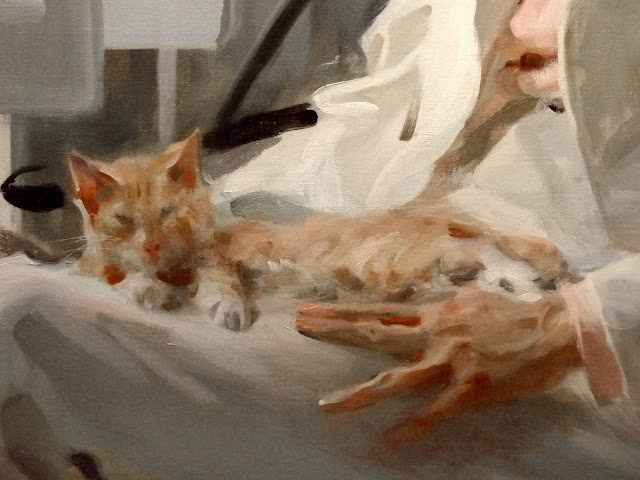 Drinker's biography at LeHigh University has this photo of him. 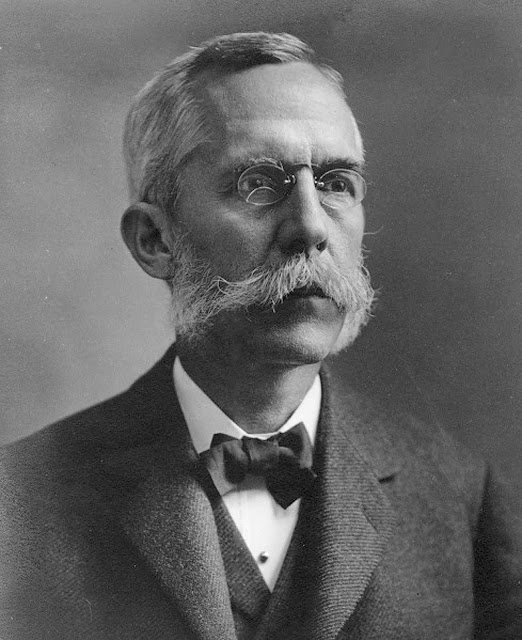