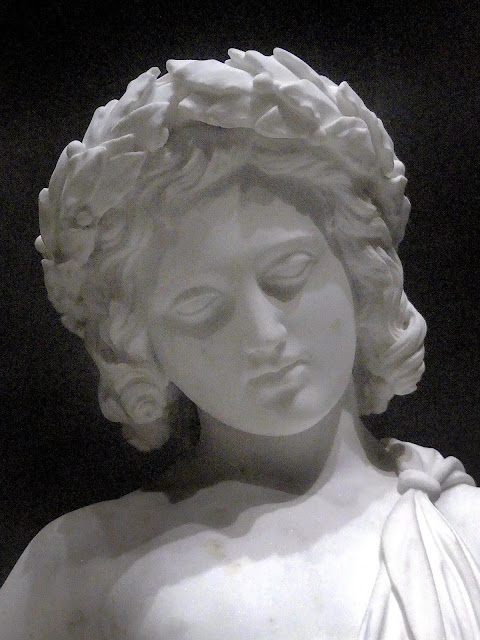 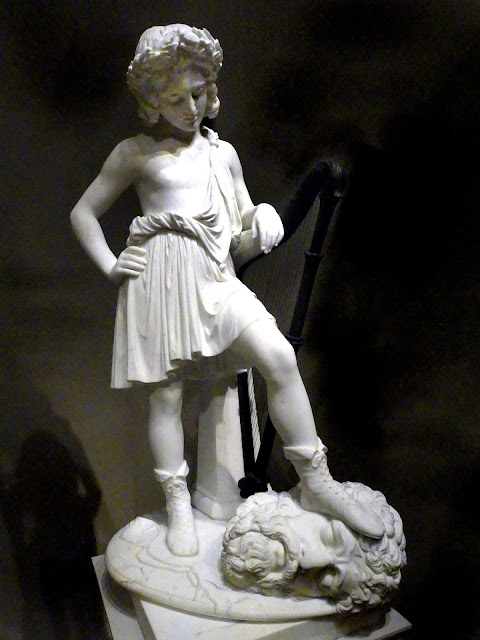 This 1848 sculpture of David Triumphant by Thomas Crawford stands in the National Gallery of Art in Washington, DC.


American sculpture in the classical and beaux-arts traditions gained new importance in our West Building galleries with a splendid gift in 2008. Ian and Annette Cumming presented the Gallery with its earliest example of American sculpture, a unique work of marble and bronze, David Triumphant by Thomas Crawford (1814–1857). Crawford's most familiar work in Washington is the bronze statue of Freedom atop the Capitol dome, posthumously cast from his model. The artist, a pioneer of neoclassicism in this country, is the only known American pupil of Bertel Thorvaldsen, the Danish rival of the celebrated Italian neoclassical sculptor Antonio Canova. Crawford began to design this David around 1845, and the present version, carved for a “Miss Pickman” whose family kept it until the late twentieth century, was completed in Rome in 1848.

In his image of the boy conqueror of Goliath, Crawford addressed the challenge of the Italian Renaissance; the subject was famous in versions by Donatello, Verrocchio, and Michelangelo. His young David, portrayed with neoclassical calm in a Grecian-style tunic, takes a pose that recalls not only Renaissance bronze statuettes but also an ancient statue, surviving at the Capitoline Museums in Rome, that later became central to Nathaniel Hawthorne's novel The Marble Faun. David's identity as a sweet singer and future psalmist, not explored in the Florentine Renaissance statues, is evoked here by the harp, for which the sculptor used an innovative combination of bronze and marble. He ingeniously encouraged alternative main viewpoints, setting both the oval shield on which David stands and the face of Goliath in a position diagonally crossing the square plinth that bears the signature inscription on its front. One writer asserts that four examples of Crawford's David were carved, a level of replication that was customary for nineteenth-century sculpture. So far, the 2008 gift to the National Gallery of Art is the only example that has come to light. -- NPG 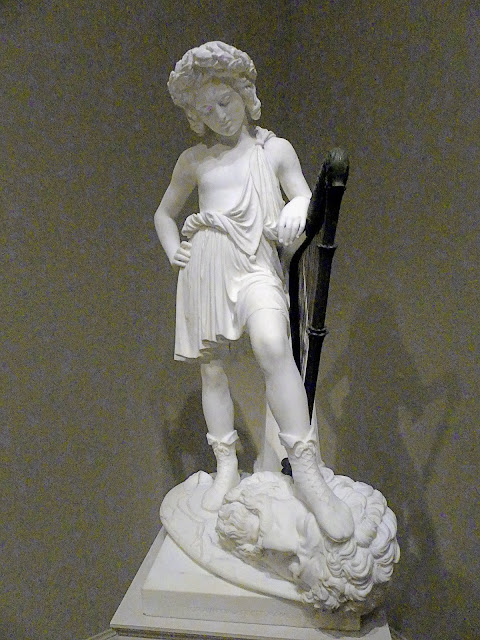 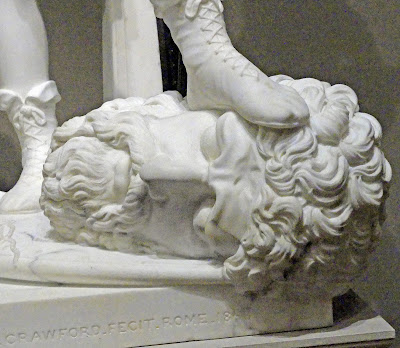 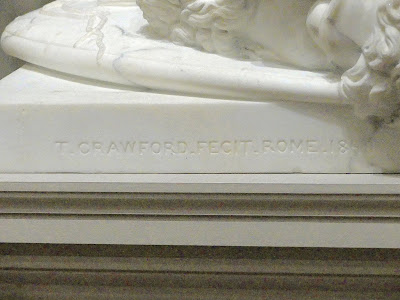 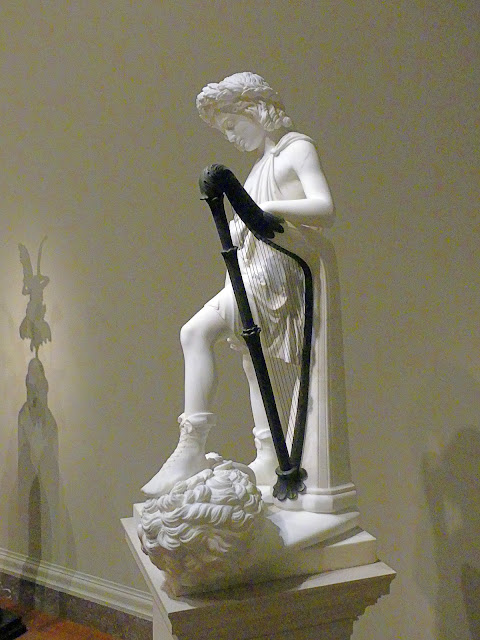 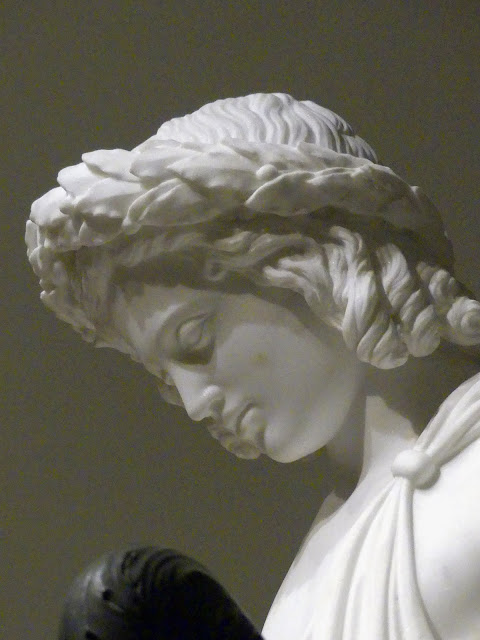