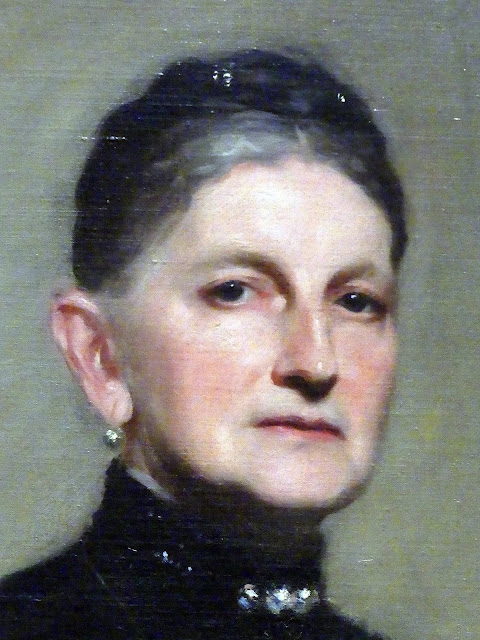 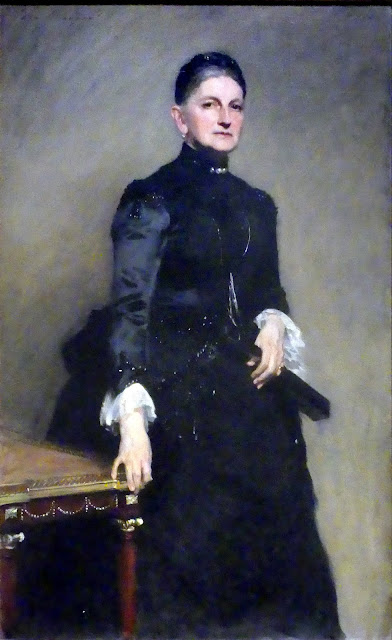 This 1888 portrait of Mrs. Adrian Iselin by John Singer Sargent hangs in the National Gallery of Art in Washington, DC.


Eleanora O'Donnell Iselin (1821–1897) was born into one of Baltimore, Maryland's most prominent and wealthy families. In 1845 she married Adrian Iselin, an affluent banker and dry goods merchant. The Iselins lived in New York City, where they were active members of high society and supporters of the city's cultural centers, including the Metropolitan Opera House, the American Museum of Natural History, and The Metropolitan Museum of Art. Eleanora's daughters Georgine and Emily commissioned the portrait from Sargent in the spring of 1888, as the artist's first professional visit to America was nearing its end.

The nearly full-length portrait shows Mrs. Iselin standing before an empty brown background. Staring sternly out at the viewer, she holds a closed fan in her left hand while her right hand reaches out to grasp the corner of an ornate Louis XVI-style table.

According to family tradition, when Sargent arrived at the Iselin home for the sitting, Mrs. Iselin entered the drawing room followed by a maid carrying an armful of ball gowns and asked him which one he wanted her to wear. To her dismay, Sargent insisted on painting her exactly as she stood without even removing her hand from the table. Some art historians have suggested that this interaction explains the sitter's somewhat severe expression. When late in life Sargent was asked if he remembered Mrs. Iselin, he diplomatically replied, “Of course! I cannot forget that dominating little finger.” – NGA 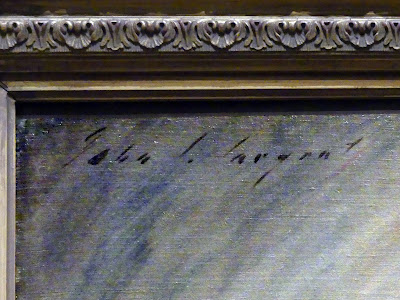 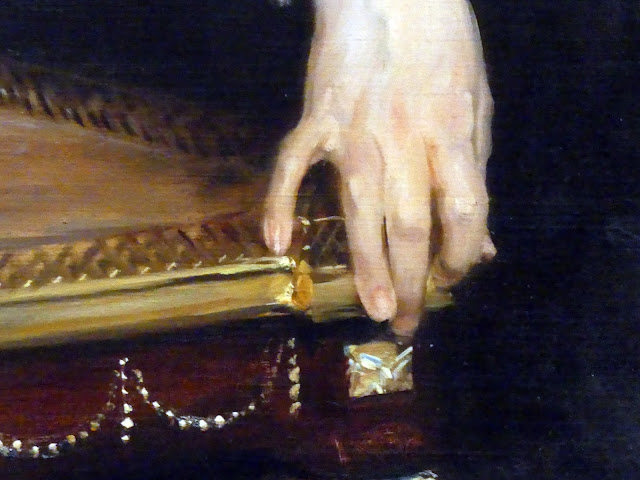 Torchia, Chotner and Miles in their 1998 book American Painting of the 19th Century, Vol. II, describe Eleanora this way.

Eleanora O' Donnell Iselin (1821-1897) was born in Baltimore, where her father Columbus O'Donnell, the son of an Irish immigrant sea captain and merchant, was “one of the city's wealthiest and most honored citizens.” In 1845 she married a wealthy banker and dry goods merchant of Swiss descent named Adrian Iselin (1818-1905). The Iselins were prominent members of New York society and active in the city's cultural life: Adrian was one of the founders of the Metropolitan Opera and a supporter of the Metropolitan Museum of Art and the American Museum of Natural History; Eleanora contributed to charitable causes, such as establishing schools and churches in New Rochelle, where the family summered. -- Torchia, Chotner and Miles.

Eleanora O'Donnell Iselin is buried in Woodlawn Cemetery in the Bronx. Here's  Neil Funkhouser's photo of her headstone (Find-a-Grave). 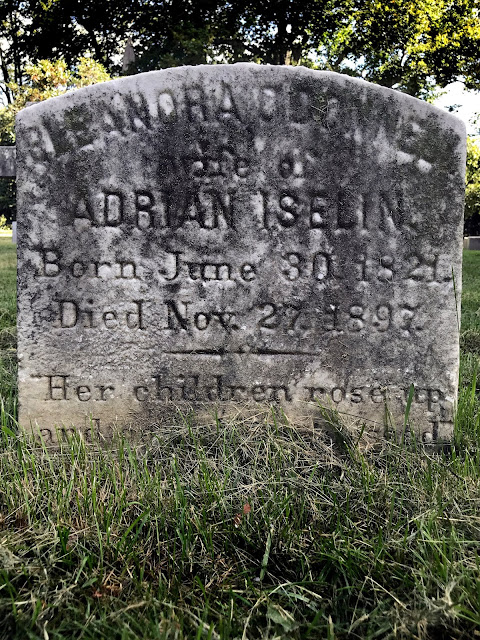 See Mrs. Iselin's Obituary in the Baltimore Sun, for more about her and her illustrious family.
Posted by Allen Browne at 12:00 AM