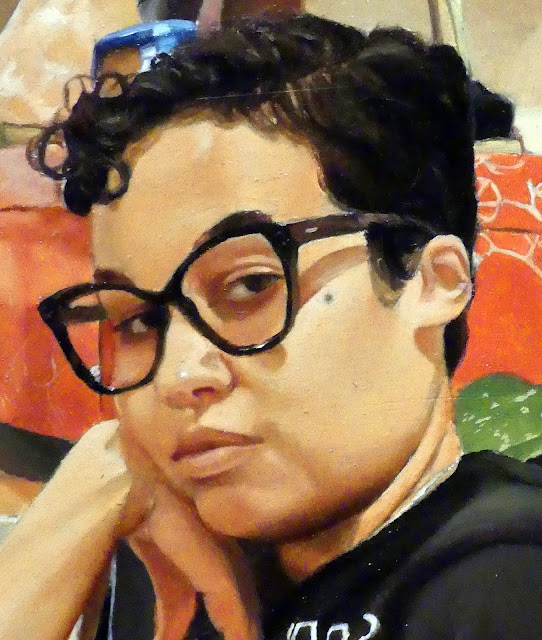 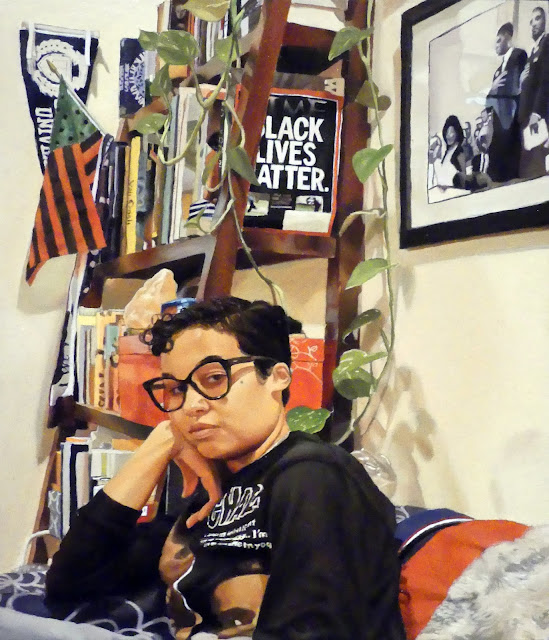 This 2017 portrait of Jordan Casteel (b. 1989) entitled Legacy by Wayde McIntosh was on display at the National Portrait Gallery. It remains in the collection of the artist.


In this portrait, a woman regards us while we scan every detail of her surroundings: a packed bookshelf, a cascading houseplant, and a photograph of two men with their right hands on their hearts. For artist Wayde McIntosh, the setting should reinforce the sitter's history and character, as is the case here.

This likeness is of McIntosh's friend, the painter Jordan Casteel, who is known for her expressive portraits of African American men. As the granddaughter of civil rights leader Whitney Young Jr., Casteel carries on his legacy of asserting the dignity of people of color. McIntosh pays homage to that family continuum in this small painting. The sitter and every object—the photograph of Casteel's grandfather with Dr. Martin Luther King Jr. at the 1963 March on Washington, the Black Lives Matter issue of Time magazine, and David Hammons's iconic artwork African American Flag—are symbolically interlinked. 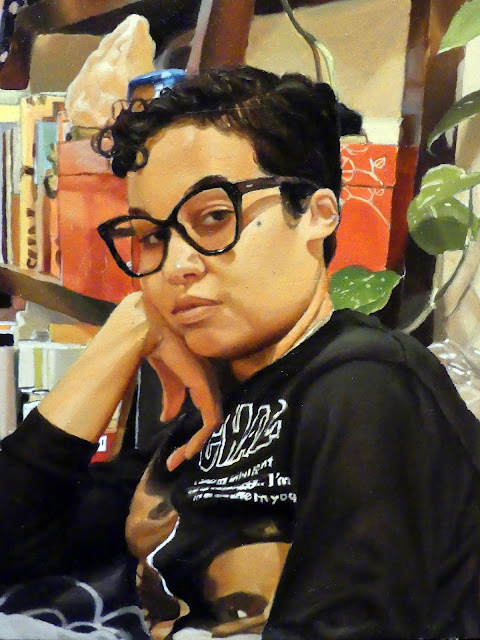