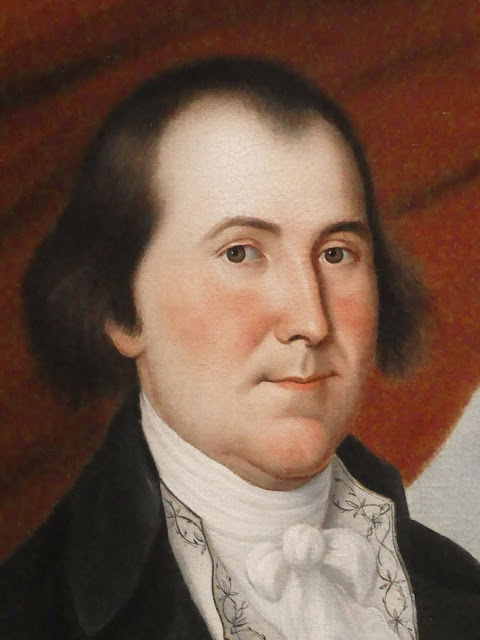 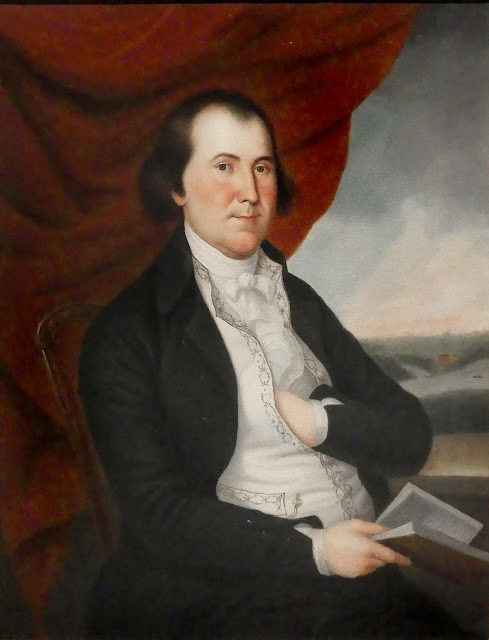 This 1791-1794 portrait of Richard Cromwell, Sr. by Charles Peale Polk hangs in the Smithsonian American Art Museum in Washington, DC

Linda Crocker Simmons, 1981, says this about the sitters in these pendant portraits:


Richard and Eleanor (sic) Waters Cromwell were both born in Anne Arundel County, Maryland. In 1775, they married and resided at Curtis Bay, just south of Baltimore. They were the parents of two children: Richard II, born in 1777, and Eleanor, born about 1778. On February 6, 1800, Richard II married Mary Owings from Baltimore, Maryland, and, in October of 1796, his sister Eleanor married Thomas Lee, son of Governor Thomas Sims (sic) Lee of Maryland. -- Simmons, 1981. 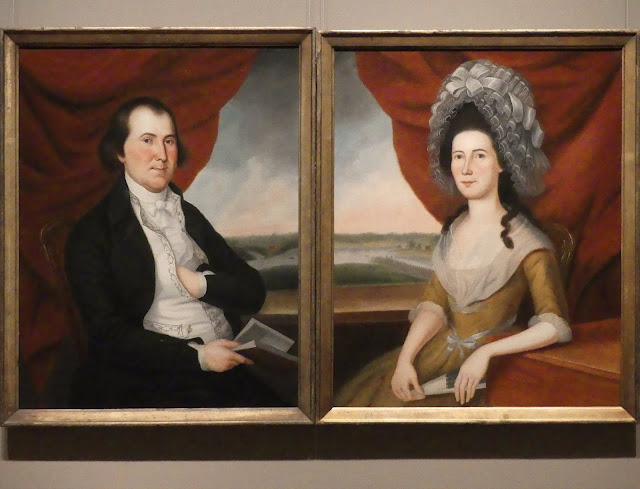 RootsWeb identifies Richard Cromwell was born in 1751 in Westminster parish Maryland and died in 1804 and gives us this genealogical note attributing it to Anne Arundel Gentry by Harry Wright Newman:


Richard Cromwell, son of John and Elizabeth Todd Cromwell, was born 1751 in Westminister Parish. He married Elizabeth, the daughter of Captain Jacob Waters and Sarah Day his wife. Their children were 1. Eleanor Cromwell married Thomas Lee. License Oct. 13, 1796 in Baltimore Co. 2. Richard Cromwell married Mary Owings. At the beginning of the Revolutionary War, Richard Cromwell was commissioned a First Lieutenant of the Severn Battalion of Militia (Archives, vol. 16). On Nov. 10, 1775, "Richard Cromwell, Gent., son and heir of John Cromwell late of Anne Arundel County", John Orrick, Gent. of Baltimore County, and Robert Alexander, Gent. of Baltimore County, figured in a land conveyance of "Cromwell's Park". Elizabeth Cromwell wife of Richard, waived her dower rights. On Feb. 5, 1801, Richard Cromwell deeded to his son, Richard Jr., "Knighton's Fancy" and "Fitzsimmons Gift", "Mascall's Rest", and portion of "Knighton's Fancy". In neither conveyance did his wife, Elizabeth, acknowledge the transfer. The will of Richard Cromwell was admitted to probate in Anne Arundel County on Oct. 18, 1804. He declared freedom to his slaves. His daughter, Eleanor, received the estate in Baltimore County, while the the residue of the estate was devised to his son, Richard. No wife was mentioned. -- RootsWeb. 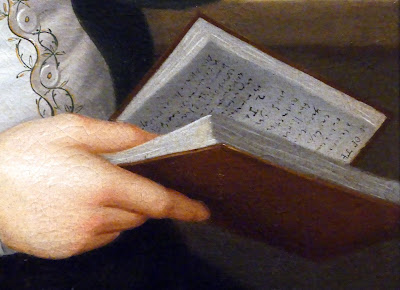 
Richard Cromwell, 1776, was appointed lieutenant in Col. Edward Cockey's Baltimore county militia. His commission of captain of a company in the Gunpowder Battalion, dated 1780, is still in existence. He died in 1802, aged fifty-three. DAR Lineage Book, Vol. 11,  1900.