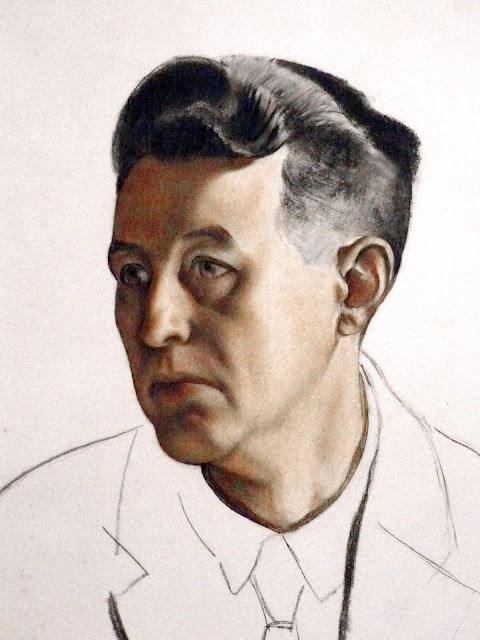 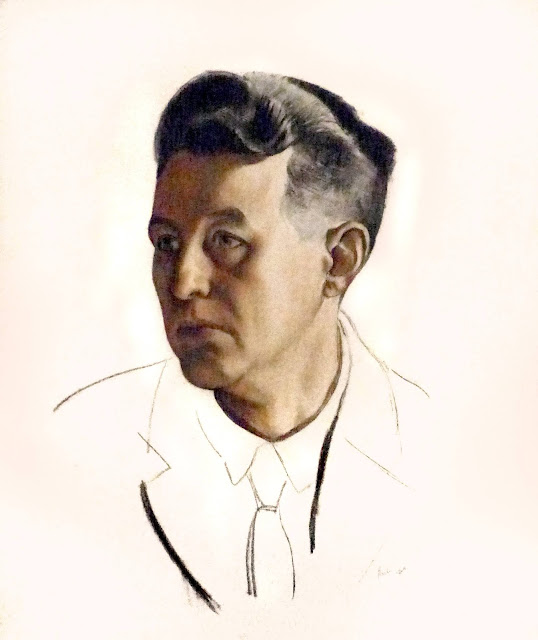 
In 1924, Charles Sheeler—who rarely ventured into self-portraiture—composed this pastel with a modernist’s sensibility and a photographer’s eye. That same year, an exhibition at the Whitney Studio Club called attention to his enigmatic realism—what his friend the poet William Carlos Williams later referred to as the “bewildering directness of his vision, without blur.” The portrait initially appears more conventional than the painted still lifes, cityscapes, industrial land- scapes, and domestic interiors that Sheeler preferred. But his works share many characteristics, revealing what he called “the absolute beauty [of] . . . objects suspended in a vacuum.” This pastel parallels Sheeler’s approach to photography, particularly in the strong, artificial lighting that throws the head into sharp relief, casting abstract patterns of light and shadow. Sheeler understood, Williams wrote, that through the camera, the subject could “be intensified, carved out, illuminated.” A similar heightened reality enhances his self-portrayal with its intensely focused, melancholy gaze. -- NPG

In 1923 Sheeler made this drawing and called it Self-Portrait. It resides in the Museum of Modern Art in New York. 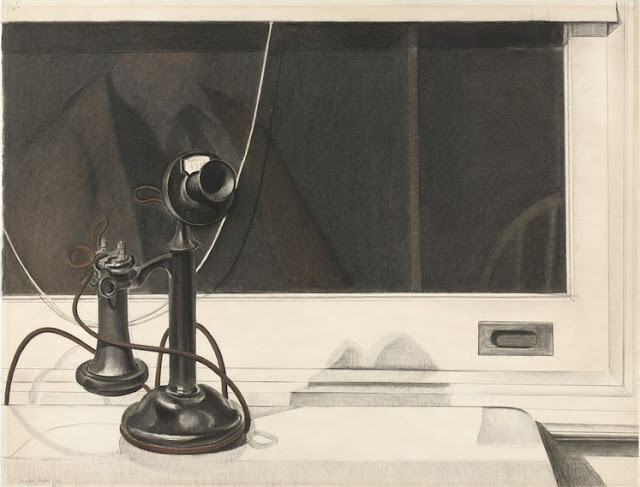 Sheeler's reflection can be seen in the window behind the telephone.

He took this photo entitled Self Portrait at Easel in 1931/32. This Silver Print belongs to the Art Institute of Chicago. 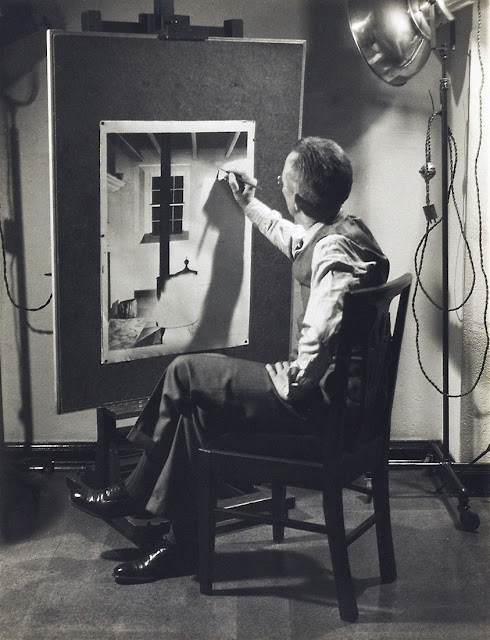 It appears as part of his 1943 painting The Artist looks at Nature also at the Art Institute of Chicago. The artist may be looking at nature but he's painting a work he called Interior with Stove which is in the National Gallery of  Art. 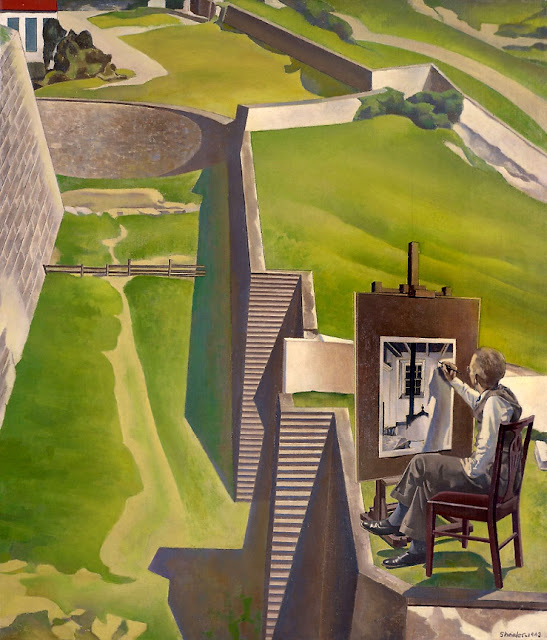