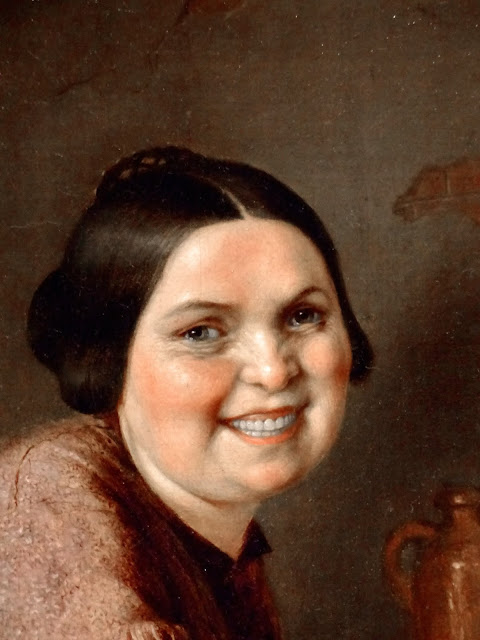 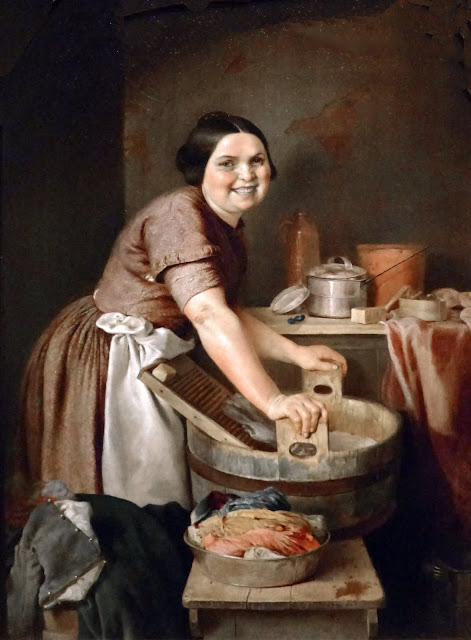 This 1851 painting by Lilly Martin Spencer was seen at the National Portrait Gallery. It belongs to the Hood Museum of Art, Dartmouth College, Hanover, New Hampshire.


The artist Lilly Martin Spencer studied under John Insco Williams in Ohio. After training with him, she moved to New York City, where she supported her husband and thirteen children by painting.

Spencer made a specialty of painting household scenes, including servants. An admirer of mid-nineteenth-century German genre painting, she channeled a similar realism in this portrait of her jovial domestic washerwoman.

Spencer's domestic subjects usually appear strong and in command of their tasks. The women are often shown engaging the viewer with a clear gaze and, sometimes, a startling directness. The homeliness of Spencer's subjects troubled some critics. “Mrs. Spencer has a truly remarkable ability to paint, but unfortunately ruins all her pictures by some vulgarism or hopeless attempt at expression” wrote one critic.  -- NPG