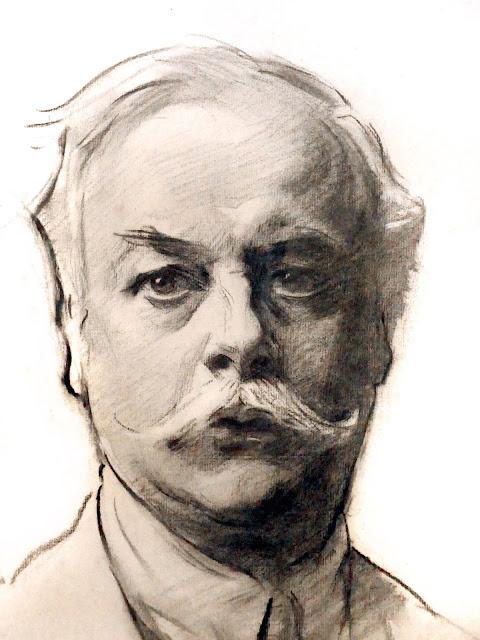 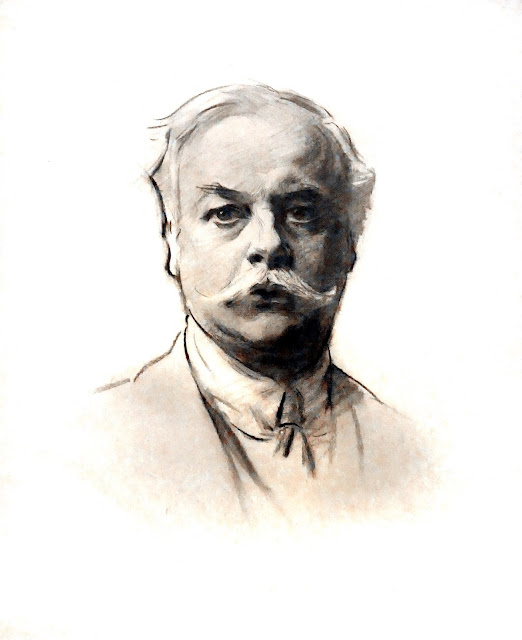 This 1912 charcoal portrait of Kenneth Grahame (1859-1932) by  John Singer Sargent was displayed in the National Gallery of Art in Washington, DC. It belongs to the The Bodleian Libraries at the University of Oxford, UK.


Kenneth Grahame is best known as the author of the beloved children's classic The Wind in the Willows, which he published to immediate international acclaim in 1908. That was the same year that he took early retirement, at the age of forty-nine, from the Bank of England. He had worked there since he was twenty, quickly rising through the ranks to become secretary of the bank. During most of that time, Grahame wrote on the side, publishing his short stories in collections such as Dream Days (1898), which includes “The Reluctant Dragon.”

This portrait was commissioned as a gift for Grahame's wife by her sister, who was herself an artiste Sargent lamented, “I am sorry it looks older than he does, on account of the strong light and shade—but something is gained by that in the way of modeling.”  -- NPG 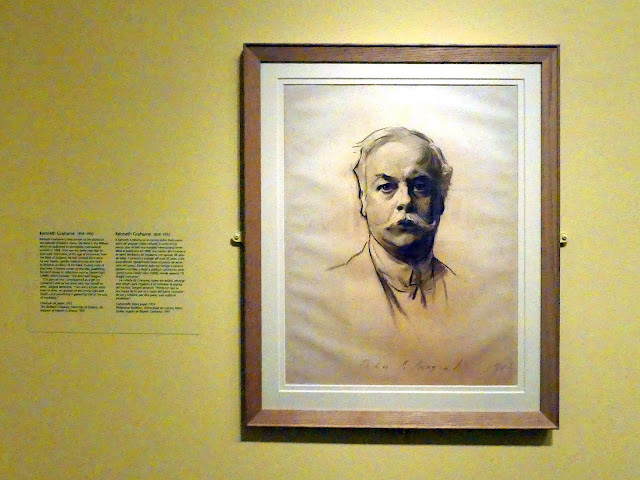