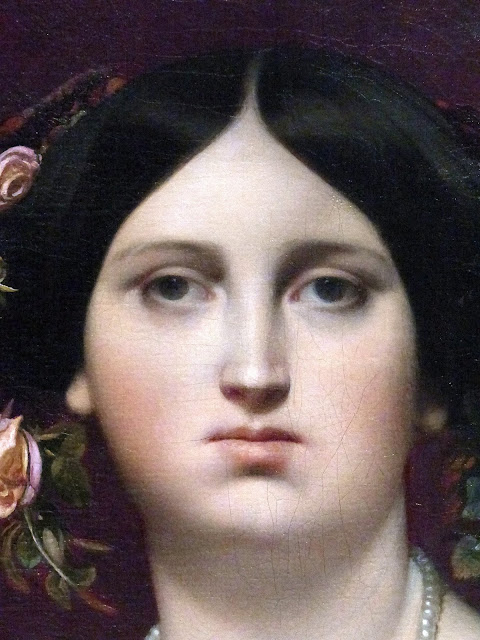 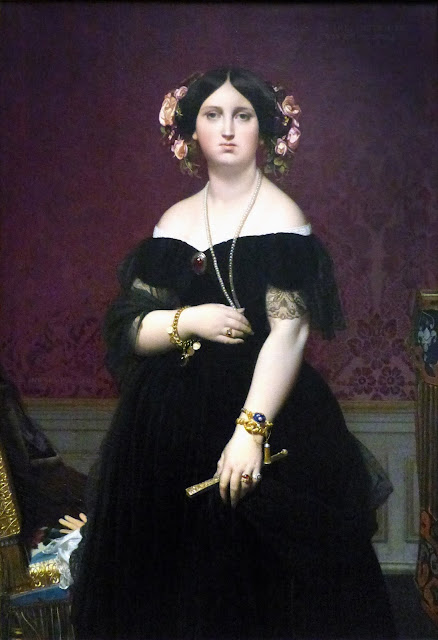 This 1851 portrait of Marie-Clotilde-Inès Moitessier by Jean-Auguste-Dominique Ingres hangs in the National Gallery of Art in Washington, DC. The artist's inscription identifies the sitter as “M.E INES MOITESSIER / NÉE DE FOUCAULD.”


When his friend Marcotte first suggested that Ingres paint Ines Moitessier, the wife of a financier and jurist, he demurred. Ingres changed his mind after being struck by her “terrible et belle tête” (terrible and beautiful head.) The author Théophile Gautier described her as “Junolike,” and Ingres presents her with the imposing remoteness of a Roman goddess. Her stance is severe and strongly silhouetted, her monumental shoulders stark ivory against the somber, restricted colors around her.

Ingres insisted on painting every detail from life, so he could achieve, in his words, "the faithful rendering of nature that leads to art." With minute accuracy he has recorded the light–absorbing darkness of her lace and velvet costume, the gleam of gold jewelry, the gloss of her elaborate coiffure. The emphatic reality of these details contrasts with her unfocused gaze, contributing to the sense that she is somehow removed from life.

Ingres began to pose Madame Moitessier in the 1840s, but the work languished. This second attempt was begun after the aging artist—he was 71—had been roused from depression by the prospect of his remarriage in 1852. – NGA


The subject of this portrait, Inès Moitessier (1821-1897), the wife of Sigisbert Moitessier, a financier and jurist, was the daughter of Charles-Edouard-Armand de Foucauld, who had been an official in the department of forestry services under Charles Marcotte, Ingres' good friend and patron. 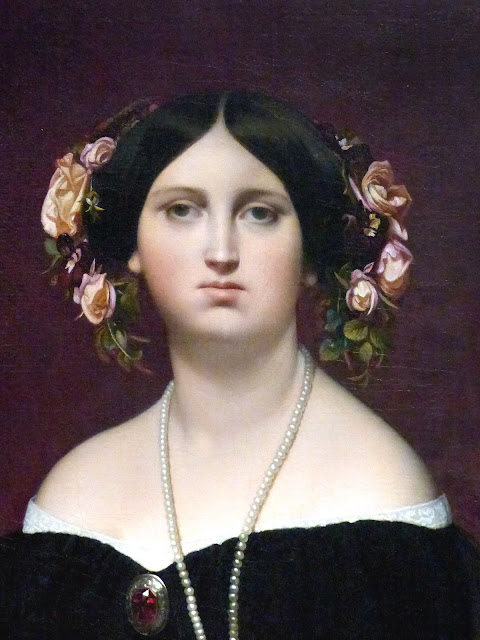 Mme. Moitessier was dissatisfied with this portrait complaining that the arms were too heavy and there was was too much space between the eyes.  Ingres painted her another portrait which he finished in 1856. That portrait hangs in the National Gallery in London. 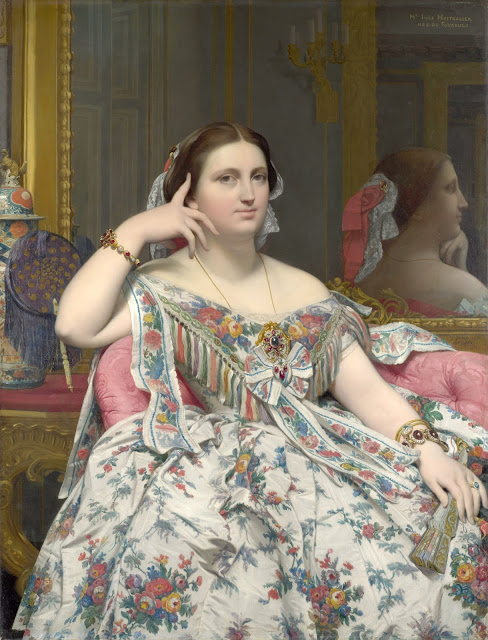