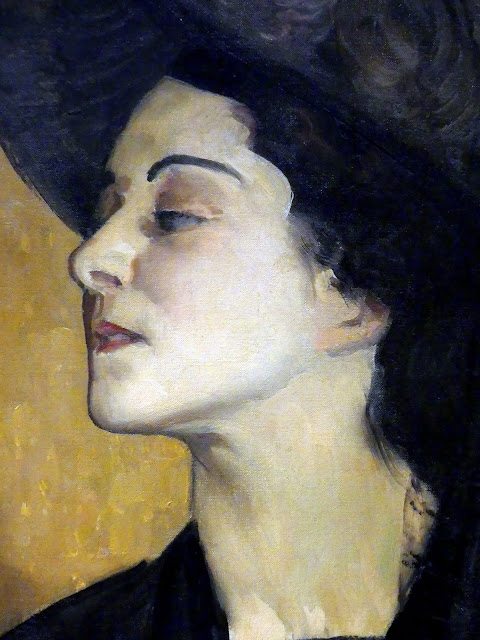 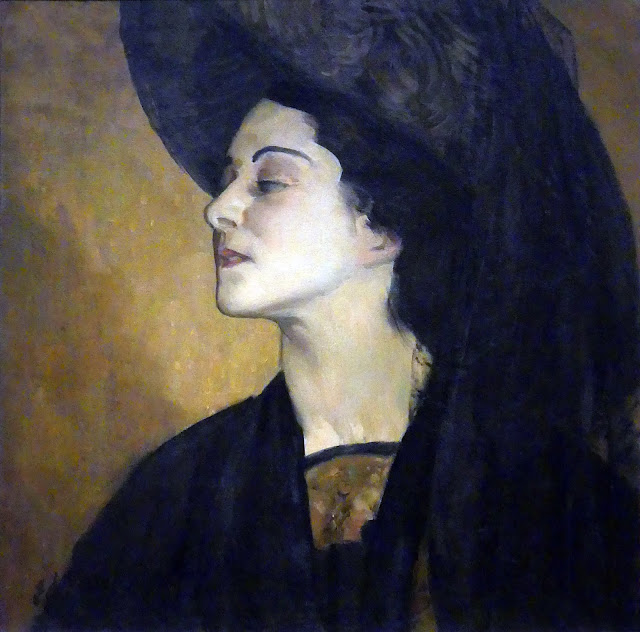 This 1910 portrait of Alla Nazimova by Edward Emerson Simmons hangs in the National Portrait Gallery in Washington, DC.


Having studied with the famous actor and teacher Constantin Stanislavsky in Russia, Alla Nazimova came to New York City with a Russian troupe of actors and decided to stay. Like her teacher, she worked hard to “become” her characters, rather than to seek recognition for her own stage personality. In 1906 and 1907, she demonstrated this gift by playing the leads in productions of Henrik Ibsen's dramas A Doll's House (1879) and Hedda Gabler (1890). Critics marveled at the totality of her shift from one character to another.

Edward Simmons captured Nazimova's dramatic flair and beauty in this painting, which was made at the height of her reputation. In later years, she alternated between the stage and roles in early Hollywood motion pictures.  -- NPG 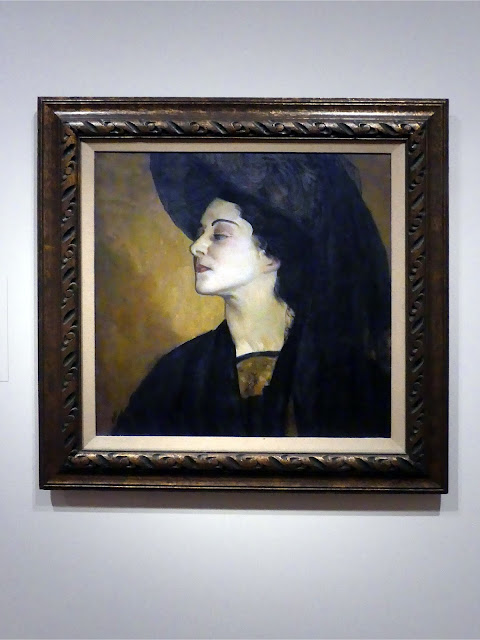 The pose and hat in Simmons' portrait are quite similar to this 1908 photo by A. Dupont which belongs to the Library of Congress. 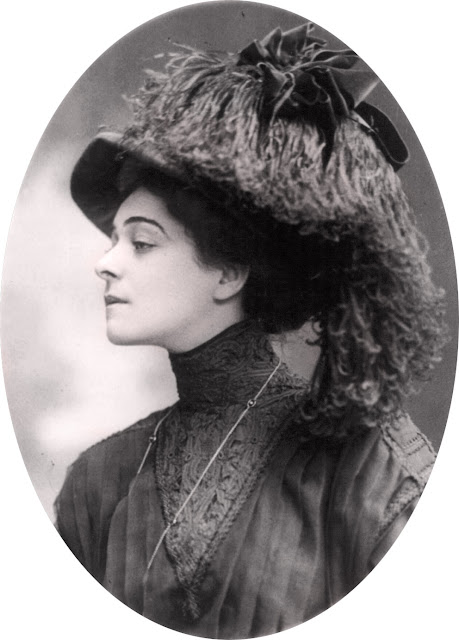 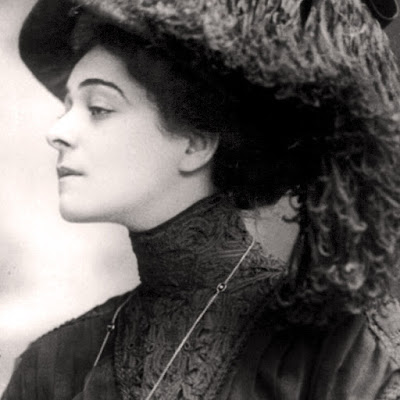 The photo below appeared in a number of newspapers in 1912 over an etymological anecdote by Alla Nazimova entitled  My Funniest Story, It Came from My Interest in English. 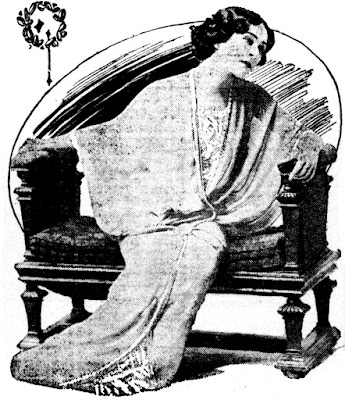