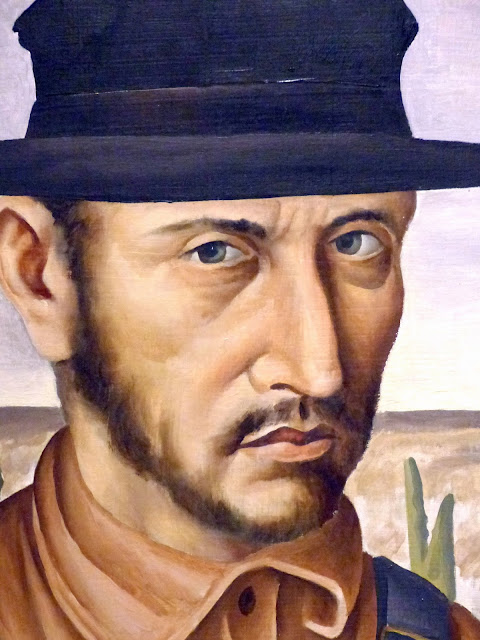 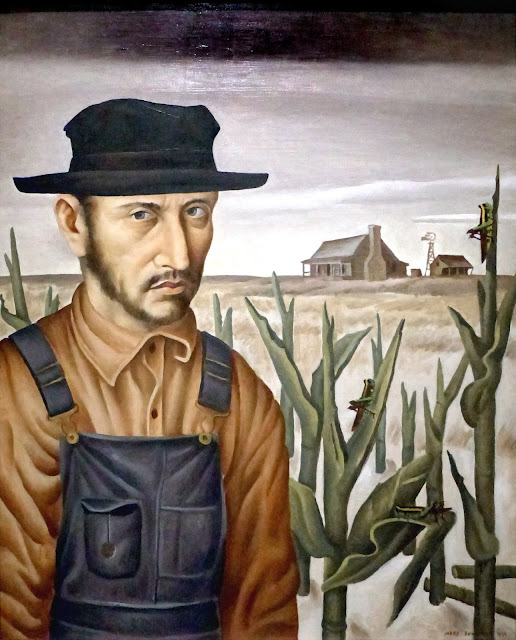 This 1937 portrait, entitled Share Cropper, by Jerry Bywaters  was on display at the National Portrait Gallery in Washington, DC. It belongs to the Dallas Museum of Art.


Born in Paris, Texas, Jerry Bywaters was deeply connected to Texas culture. An artist, critic, and director of the Dallas Museum of Art, he was dedicated to art education and art that reached broad audiences. He was also a leader of the Dallas Nine, an influential group of Texas artists who focused on the land and the people, primarily laborers, of the Southwest. They often painted in a style evocative of German New Objectivity, an unsentimental approach to subject matter that developed in reaction to the romanticism of Expressionism and Impressionism. Share Cropper reflects these influences with the unromantic and frank depiction of a worker in a cornfield. Associated with the destruction of crops, the grasshoppers resting on cornhusks in the foreground further emphasize the challenges of agricultural work. -- NPG 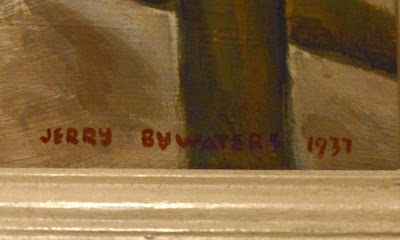 The Dallas Museum of Art gives this general description of the painting:


Jerry Bywaters's Share Cropper is a tribute to the hardscrabble dust farmers of northern Texas. The man's stark, severe gaze and simplified forms evoke the same dignity and forthrightness of works by a fellow regionalist, Iowa-based Grant Wood. The painting also reflects the vivid-even harsh-realism of broader influences such as the German New Objectivity of the earlier 20th century.

The impact of Jerry Bywaters upon the Dallas art world is almost impossible to describe briefly. He was a founding member of the Lone Star Printmakers; an editor of Southwestern Arts; a professor at his alma mater, Southern Methodist University; and director of the Dallas Museum of Fine Arts for twenty-one years. Bywaters made, encouraged, acquired, and influenced much of the art that defined the city. -- DMA 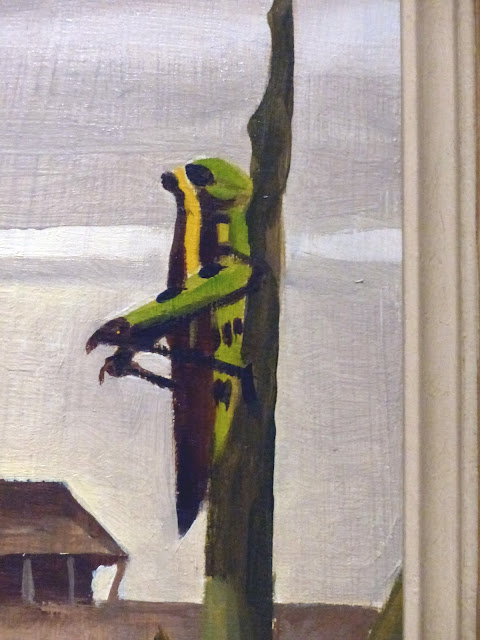 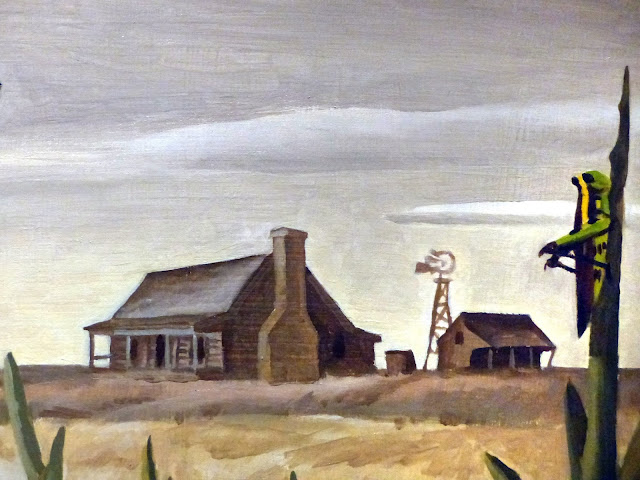 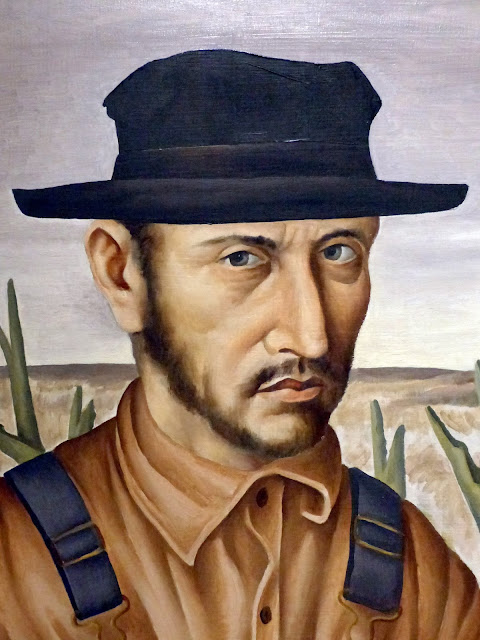