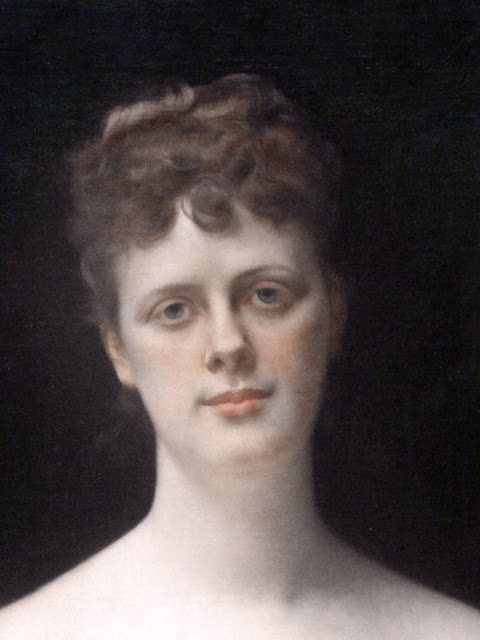 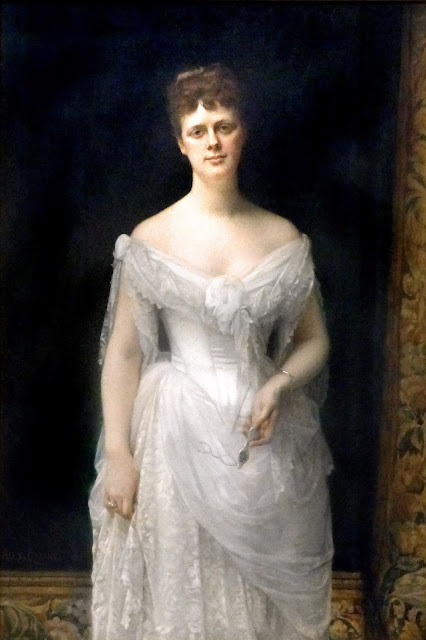 
Mary Frick Garrett Jacobs (January 4, 1851- October 20, 1936) was a Baltimore socialite, philanthropist, and art collector. She is best known for her collection at the Baltimore Museum of Art....

In 1872, Mary [Sloan Frick] wed Robert Garrett, the oldest son of John W. Garrett, who was president of the Baltimore and Ohio Railroad and Robert Garrett & Sons Bank. After suffering from years of mental and physical breakdowns, Robert Garret died in 1896 of kidney failure. Now widowed, Mary married Robert Garret’s longtime, personal physician, Henry Barton Jacobs, in 1902 at Grace Protestant Episcopal Church. She did not have any children and died in 1936, leaving an estate of $5.5 million to her husband, Henry Barton Jacobs. Mary became one of the first women to be part of the Baltimore Municipal Art Society in 1899 and then became an official member in 1902. She ultimately became the society's leader later that year. In addition to her art contributions, she was also well known for her skills in entertaining.  -- Wikipedia

Mary Garrett's marriage to Dr. Henry Jacobs made a stir in newspapers across the nation.
The Chicago Tribune published this photo of her on April 3, 1902. 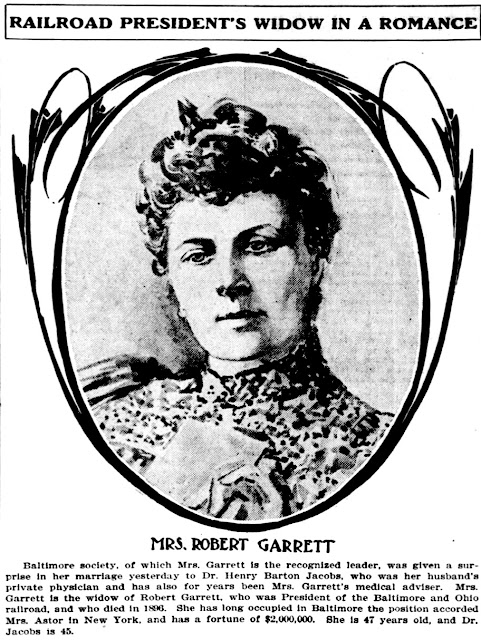 
Baltimore society. of which Mrs. Garrett Is the recognized leader, wag given a surprise in her marriage yesterday to Dr. Henry Barton Jacobs. who was her husband's private physician and has also for years been Mrs. Garrett's medical adviser. Mrs. Garrett is the widow of Robert Garrett. who was President of the Baltimore and Ohio railroad. and who died in She has long occupied in Baltimore the position accorded Mrs. Astor in New York. and has a fortune ot She is 47 years old, and Dr. Jacobs is 45.

Read the rest of the Tribune article here.

The Akron Daily Democrat had this photo on April 14th. 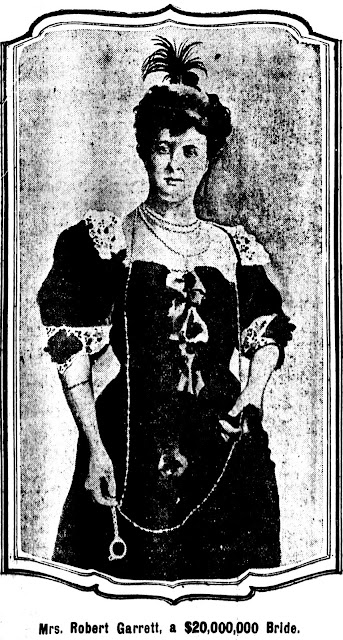 The article goes on the discuss the ante-nuptial agreement that shields the $20,000,000 from Dr, Jacobs. 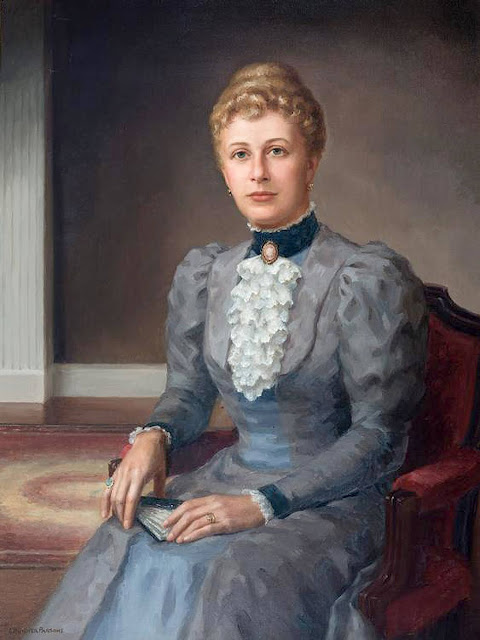