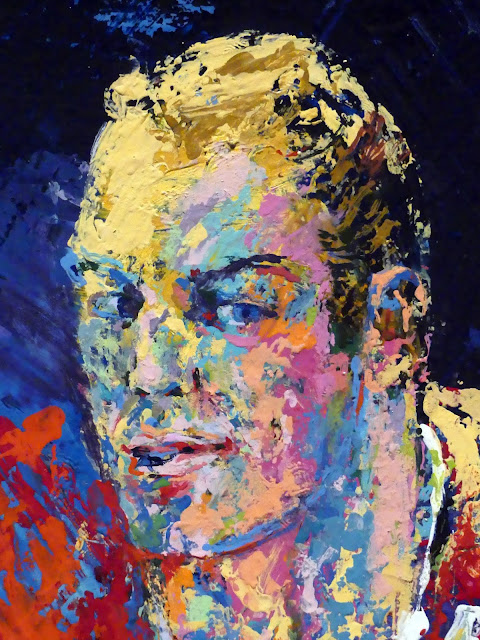 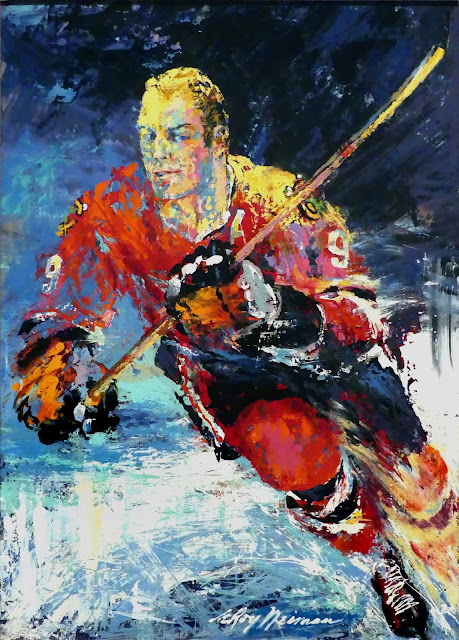 This 1968 painting of Bobby Hull (Robert Marvin Hull, b. 1939) by LeRoy Neiman hangs in the National Portrait Gallery in Washington, DC.


Bobby Hull sparked professional hockey's huge popularity boom in the United States in the 1960s with his electrifying displays of power and speed on the ice. Nicknamed the “Golden Jet,” this fair-haired dynamo got his start with the National Hockey League's Chicago Black Hawks in 1957 and three seasons later led the team to its first Stanley Cup since 1938.

Utilizing his superb upper-body strength, Hull turned the slap shot into the game's most devastating offensive weapon and routinely sent the puck streaking into the net at speeds exceeding 100 miles per hour. An excellent skater with legendary quickness, Hull was equally effective whether on defense or on the attack. Among his many awards and honors, Hull was inducted into the Hockey Hall of Fame in 1983. - NPG

Another version of the museum label adds:


In a sport known for rough play, he eschewed violence, noting, “When you hit back, it's just for your own self-satisfaction. I get mine from putting the puck in the net.”  -- NPG 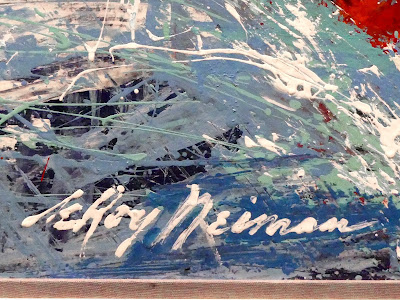 This painting was on the cover of Time Magazine on Friday, March 1, 1968. 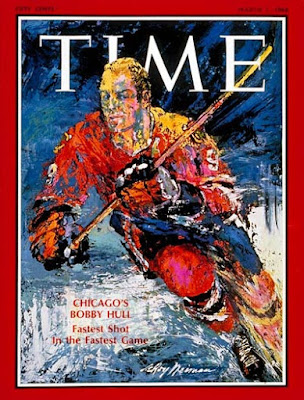 Chicago's
Bobby Hull
Fastest Shot
in the fastest game
Posted by Allen Browne at 8:21 AM