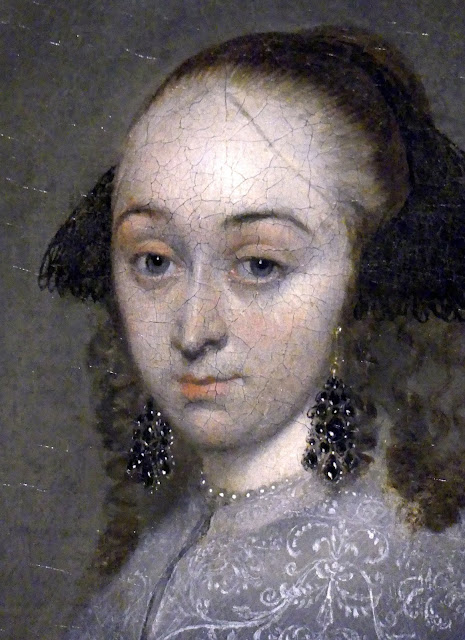 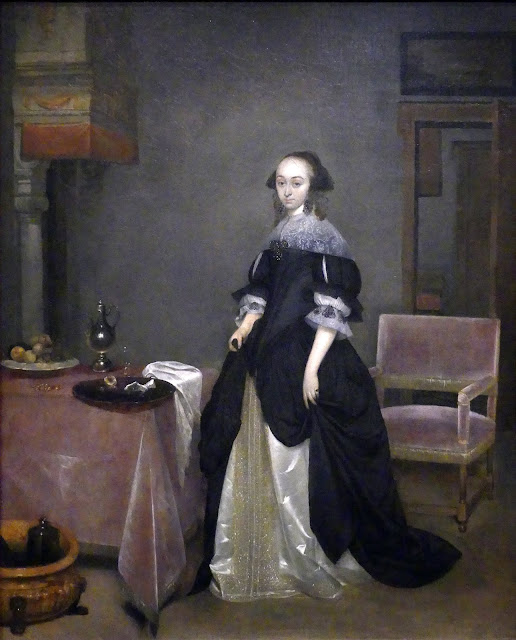 This portrait of Maria van Suchtelen hangs in the National Gallery of Art in Washington, DC.


With a fixed gaze, Maria van Suchtelen (1642–1730) stands beside a table laden with food and wine. Pictured in a somber black overdress, which she discretely pulls back to reveal a shimmering white satin dress, and wearing an array of jewels, she is the embodiment of stately refinement. Gerard ter Borch rendered the figure of Maria with great delicacy and detail. From the soft blush of her cheeks and lips to the elegantly embroidered gold bands running down her white satin skirt, he captured her likeness while also reflecting her status. He painted this portrait as a pendant, or companion picture, to that of her husband, the Deventer burgomaster (chief magistrate) Gerhard van Suchtelen (1640–1722) (see the Gallery's Gerhard van Suchtelen, 2014.136.48), probably on the occasion of their marriage in 1666. Deventer, located in the province of Overijssel in the eastern portion of the Netherlands, held tightly to tradition and conservative values, which Ter Borch readily appreciated and reinforced in the many portrait commissions he received from members of it ruling elite, like the Van Suchtelens.

Ter Borch unified the two portraits by lighting them both from the upper left and by having the sitters pose in an interior setting featuring a red velvet chair and table. As is appropriate for her important role in maintaining the household, the setting for Maria's portrait, with its marble fireplace and an open door leading to another room, gives a greater sense of domesticity than does that of Gerhard. -- NPG 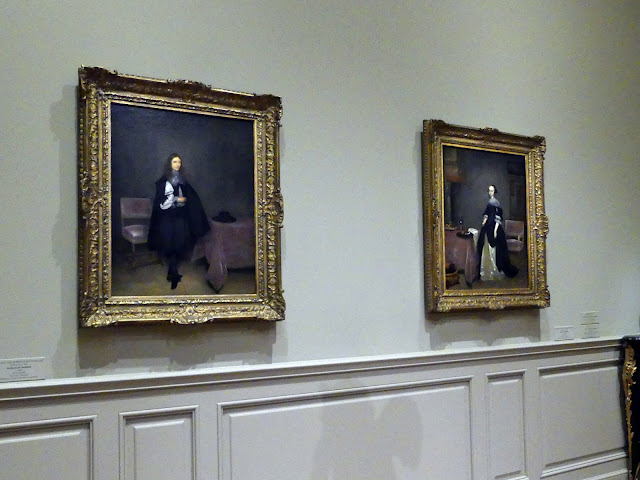