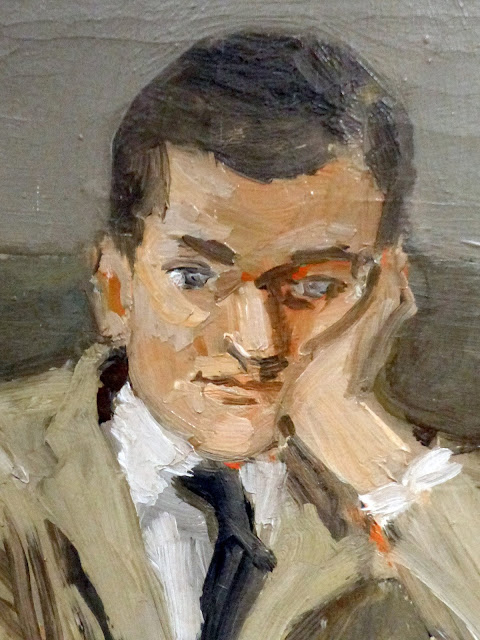 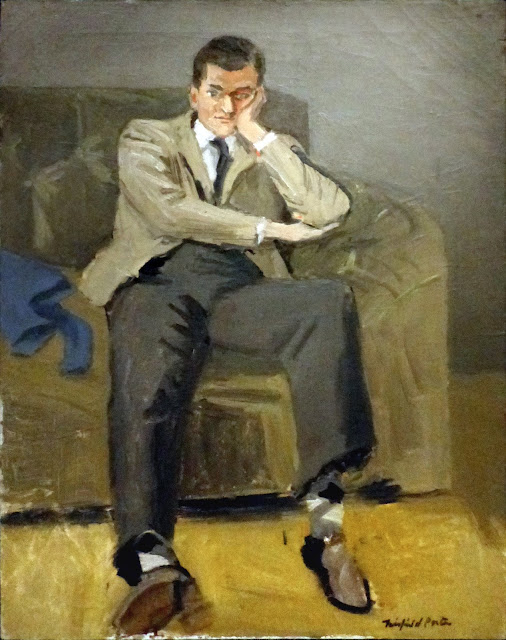 This portrait of John Ashbery (Argyle Socks) by Fairfield Porter hangs in the National Portrait Gallery in Washington DC.


John Ashbery (1927-2017) is shown here at the beginning of what would become one of the most distinguished careers in American poetry. A prodigy in prep school and at Harvard, he was working as a copyeditor in New York City in the early 1950s when he met and became friends with the artists and writers who are now known as the “New York School” Ashbery published more than twenty books of poetry and numerous other writings, including fiction and art criticism, well into his eighties. He won several major awards, most notably the Pulitzer Prize in 1976.

The artist Fairfield Porter was roughly twenty years older than Ashbery and the other New York School poets. Porter found the younger generation sym­pathetic and inclined to share his view that there needed to be a quieter, more introspective aesthetic like this depiction of the poet. – National Portrait Gallery 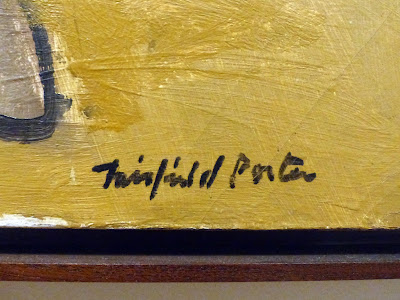