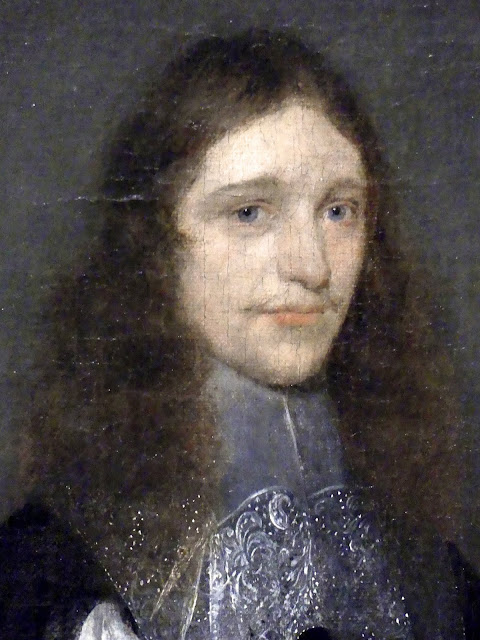 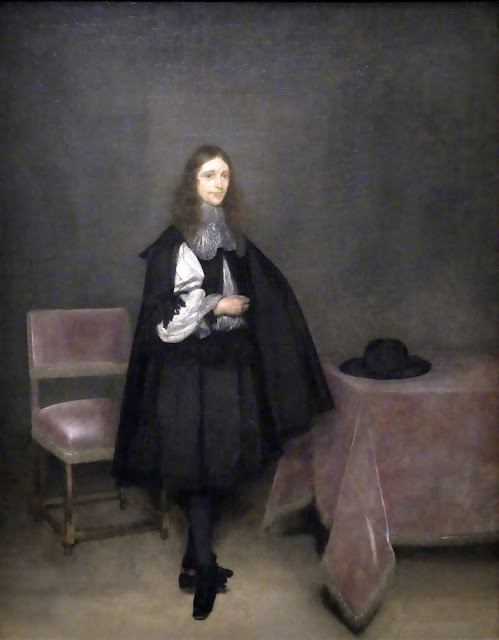 This c. 1666 portrait of Gerhard van Suchtelen by Gerhard Ter Borch the Younger hangs in the National Gallery of Art in Washington, DC.


In this intimate full-length portrait, the Deventer burgomaster (chief magistrate) Gerhard van Suchtelen (1640–1722) stands gracefully in a domestic interior gazing out at the viewer with an air of restrained elegance. Deventer, located in the province of Overijssel in the eastern portion of the Netherlands, held tightly to tradition and conservative values, qualities that Gerhard conveys with his somber black attire: a full, short black cloak over an abbreviated, partly unbuttoned doublet, wide petticoat breeches trimmed at the hem, and black ribbons adorning his square-toed shoes. Gerhard's black hat rests casually on the table, as though he had just removed it after entering the room—a motif that helps endow the composition with a sense of naturalism Ter Borch conceived this portrait of Gerhard van Suchtelen as a pendant, or companion piece, to a portrait of Gerhard's wife, Maria van Suchtelen (1642–1730) (see the Gallery's Maria van Suchtelen, 2014.136.47). In both, light illuminates the scene from the upper right as the sitters pose before a red velvet chair and table. The plain simplicity of the interior setting in which Gerhard stands contrasts with the refined and delicate brushwork modelling him and his clothes.

During the 1660s, Ter Borch was the leading portrait painter of the Deventer elite, and he developed a style of full-length portraiture that reinforced its conservative traditions. The remarkable delicacy of Ter Borch's brushwork allowed him to capture the individuality of each sitter. As in this portrait, Ter Borch's intent was to present an exacting likeness while also reflecting the sitter's status within the community -- NPG 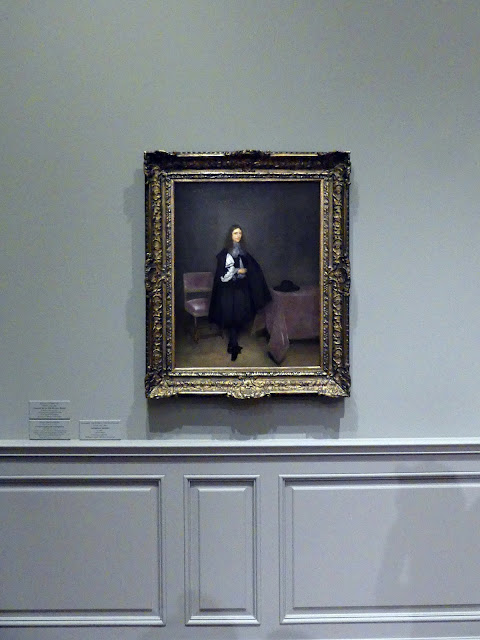