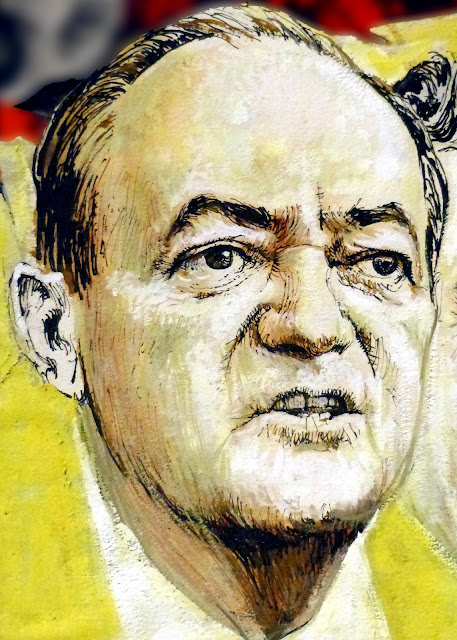 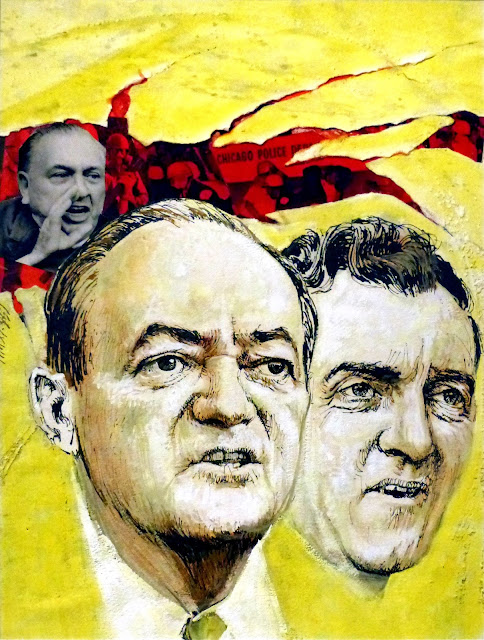 This 1968 painting entitled The Democratic Ticket by Louis S. Glanzman belongs to the National Portrait Gallery in Washington, DC.


While the media frenzy of the 1968 Democratic National Convention centered foremost around Hubert Humphrey's nomination to serve as the party's presidential candidate, with the lesser-known senator Edmund Muskie as his running mate, it also focused on the turbulent demonstrations that enveloped the convention venue. Chicago's mayor Richard J. Daley, “the last of America's big-city bosses,” had prepared for the arrival of thousands of anti-war demonstrators by assembling a security detail of 23,000 police, national guardsmen, and federal troops to maintain order. What shocked television viewers worldwide was the “breakdown of police discipline as “they flailed blindly,” with billy clubs, “into the crowd of some 3,000 then ranged onto the sidewalks to attack onlookers.” Daley, whose image is seen in the background of this cover, defended his city's response by noting that no one was killed.  -- NPG 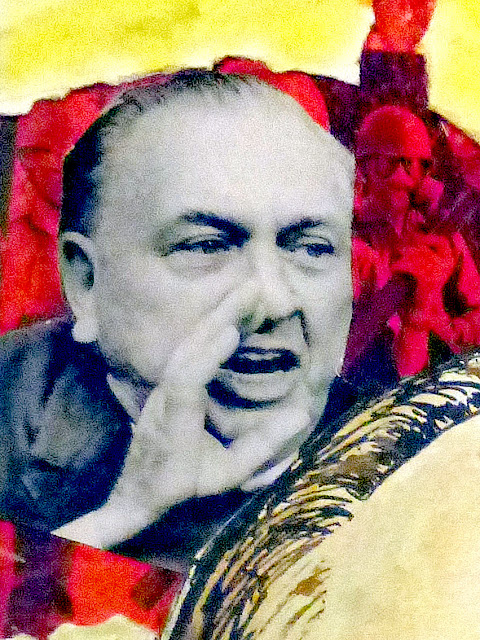 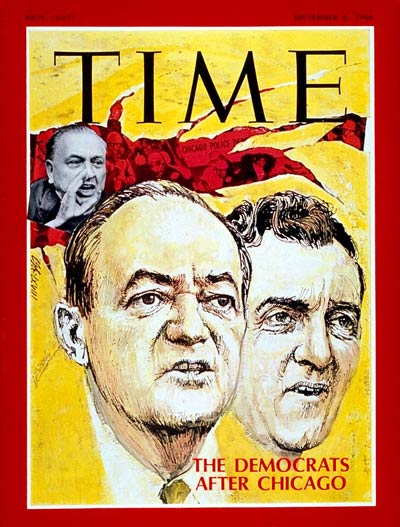 The Democrats
After Chicago

The cover story in Time was entitled  “The Man Who Would Recapture Youth.”
Posted by Allen Browne at 12:00 AM