Will o' the Wisp 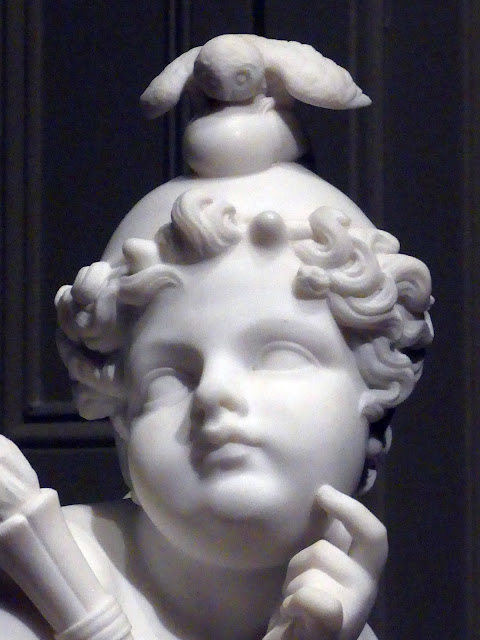 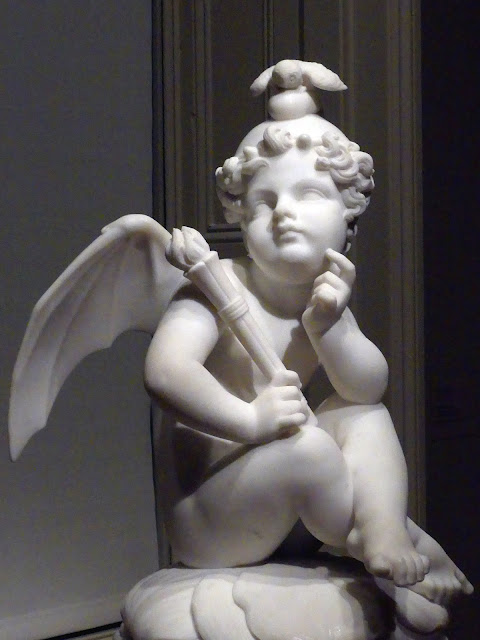 This 1858 statue of  Will o’ the Wisp by Harriet Hosmer stands in the Smithsonian American Art Museum in Washington, DC.


Harriet Hosmer created Will o’ the Wisp as a companion piece to the highly successful statue of Puck, the bawdy clown from Shakespeare’s play A Midsummer Night’s Dream. Will o’ the Wisp is based on the folktale of a fairy who turns into a phosphorescent glow, covering the marshes at night to mislead travelers. The pointed ears and horns allude to his mischievous character, and his bat wings and the owl atop his head refer to his nocturnal nature. The torch cradled in his right arm symbolizes his ability to assume a glowing form. Despite its appeal, Will o’ the Wisp---nicknamed “my daughter” by the artist---was not as popular as Puck. -- SAAM 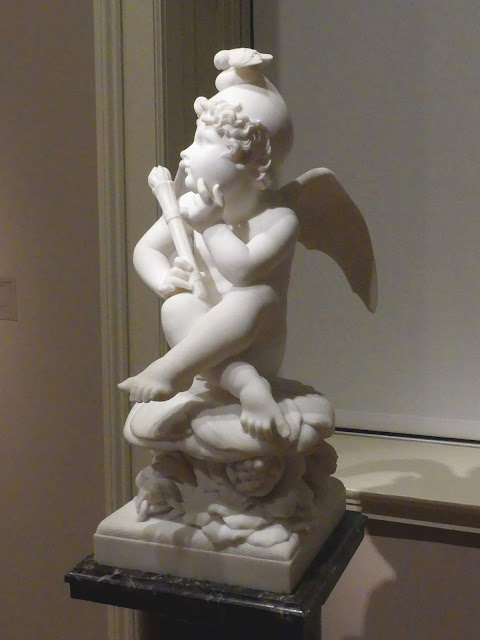 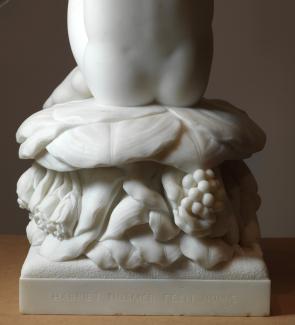