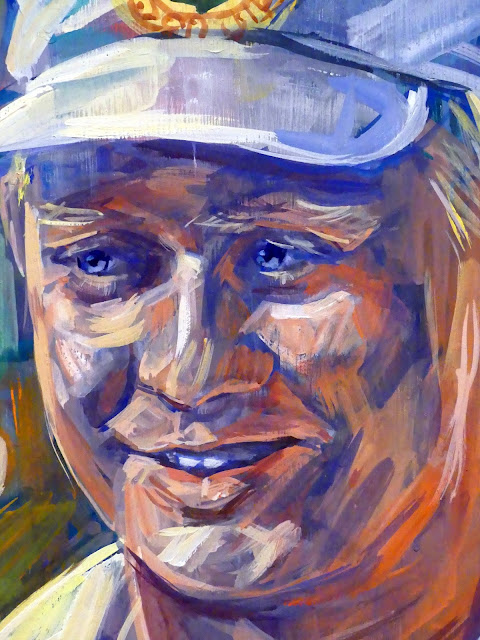 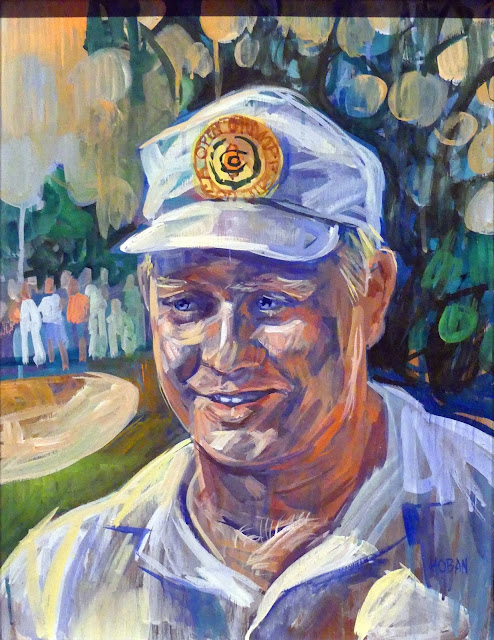 This 1962 portrait of Jack William Nicklaus (b. 1840) by Russell Hoban hangs in the National Portrait Gallery in Washington, DC.


Nicknamed the “Golden Bear” for his blonde hair and stocky build, Jack Nicklaus combined superb athletic talent with keen strategic ability and phenomenal powers of concentration to prevail in twenty major championships between 1959 and 1986. Named Rookie of the Year in 1962,

Nicklaus kicked off his pro career with several dramatic wins, including his upset of favorite Arnold Palmer at the U.S. Open. In the years that followed, his tally included three more U.S. Open titles, along with five PGA championships, three British Open crowns, and six Masters trophies, the last of which he captured by a single stroke at the age of forty-six.

This portrait of Nicklaus appeared on the cover of Time magazine on June 29, 1962, following his victory at the U. S. Open, which was played at Oakmont Country Club near Pittsburgh.

Time's cover story on Jack Nicklaus entitled The Prodigious Prodigy began: “He shambled across the 18th green like a young grizzly bear, his pudgy face ruddy from the sun, his white cotton shirt soggy with sweat, his cream-colored cap perched precariously on the back of his close-cropped blond head.” 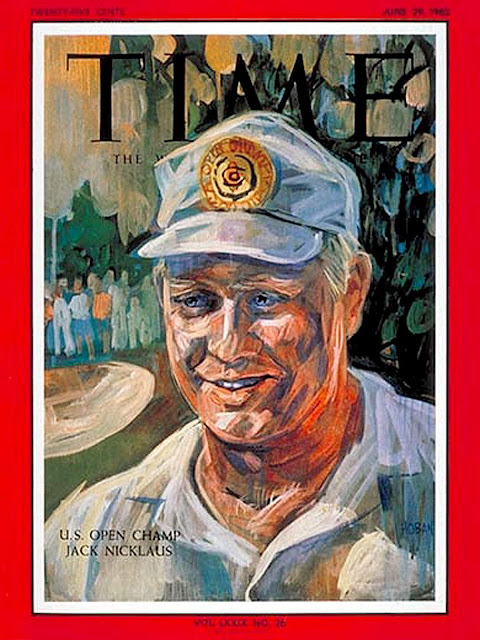 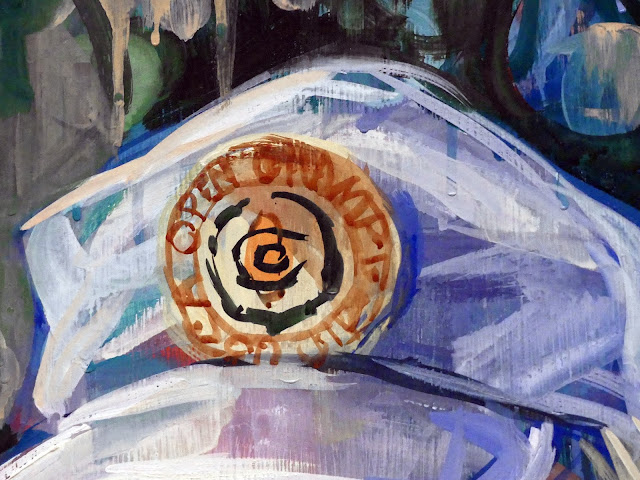 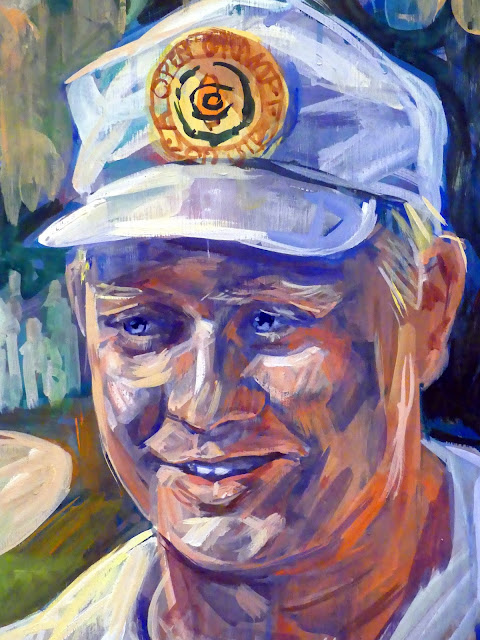 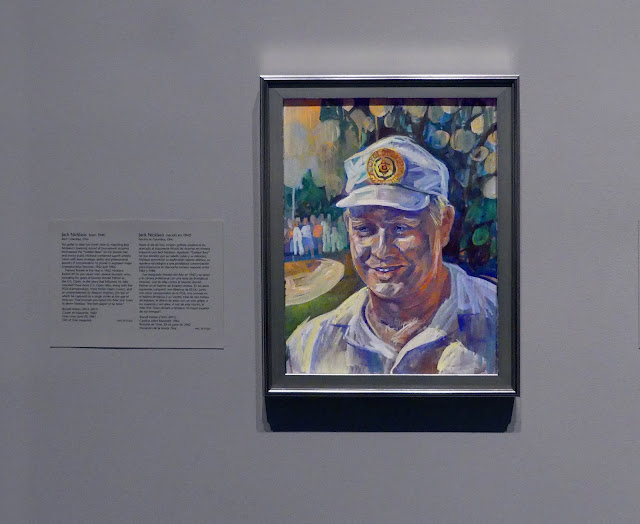 The Bank of Scotland honored Nicklaus in 2005 with a  commemorative £5 note. 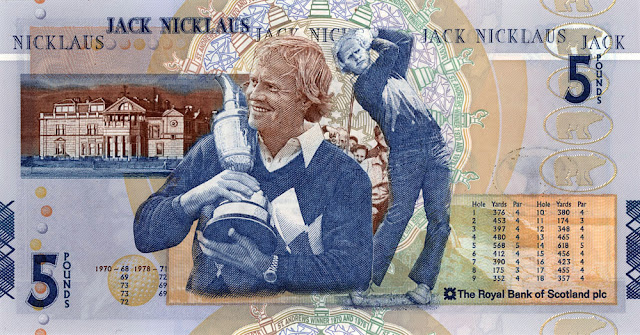 And, in 2015 Jack Nicklaus was awarded the Congressional Gold Medal. 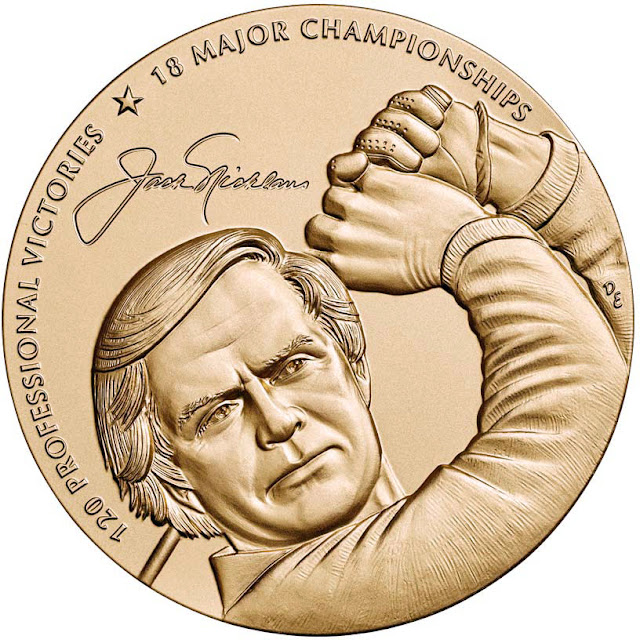 120 Professional Victories
18 Major Championships
Posted by Allen Browne at 12:00 AM