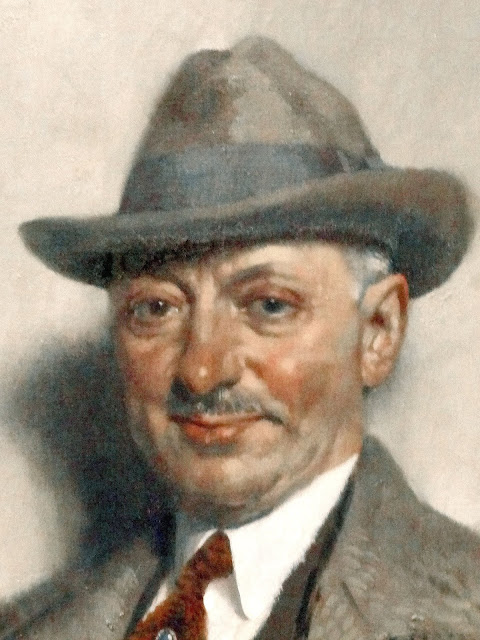 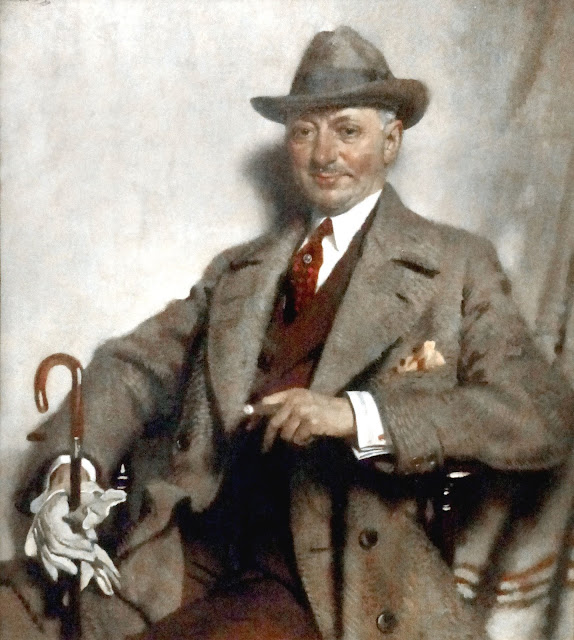 
Sir William Orpen portrays distinguished collector Jacob Epstein (1864-1945) as he looked entering the studio, where he was greeted by the painter, palette in hand. Orpen urged him to pose just as he was, in hat and topcoat. Following his arrival from Lithuania in 1879, Jacob Epstein began a wholesale notions business that eventually became a highly successful commercial enterprise of national scope. A great civic leader and one of Baltimore's most generous benefactors. Epstein began his involvement with The Baltimore Museum of Art in 1924, when he was appointed to the commission to plan the construction of a new museum for the City. In 1929, upon completion of the building designed by the noted architect John Russell Pope, Epstein placed most of his major paintings on long term loan to the Museum. Following his death in 1945, his distinguished collection that included sculptures by Antoine-Louis Barye and Auguste Rodin, as well as paintings, came to the Museum as a bequest.  -- BMA

Epstein was a major contributor the BMA and its collections.


In the first half of the twentieth century. Jacob Epstein, who came to America from Lithuania, was among Baltimore's most civic-minded residents. He arrived in the City in 1879 and opened a notions shop, which eventually became the Baltimore Bargain House. The company prospered and by 1919, when it was renamed the American Wholesale Corporation, it had become a multimillion dollar business. Epstein retired in 1919 and devoted his remaining years to charities, travel, and the development of his art collection.

Like Many collectors in the 1880s and 1890s, Epstein was initially attracted to nineteenth-century European paintings -the contemporary art of h1s time. Among his early purchases were works by such popular artists as Alphonse De Neuville, a specialist in military subjects, and Jean-Charles Cazin and Camille Corot, two painters whose tranquil atmospheric landscapes were especially desirable at the time. He particularly favored paintings by artists who gave attention to rural subjects and were ssociated with the village of Barbizon on the edge of the Fontainebleau forest. In sculpture, he limited himself to a few significant bronzes by Antoine-louis Barye and Auguste Rodin, among them the large cast of The Thinker.

During the 1920s, Epstein disposed of many of his earlier acquisitions and turned to the Old Masters. Among his most exceptional purchases were Anthony van Dyck’s masterpiece Rinaldo and Armida painted for Charles I of England, and Raphael’s Portrait of Emilia Pia da Montefeltre. One of the founding trustees of the Baltimore Museum of Art, Epstein loaned a number of significant works for the 1929 opening of the John Russell Pope building. With his death in 1945, the collection was bequeathed to the Museum. -- BMA

The 1911 Baltimore Bargain House building at West Baltimore and Liberty Streets in Baltimore is now known as the Nancy S. Grasmick Building. 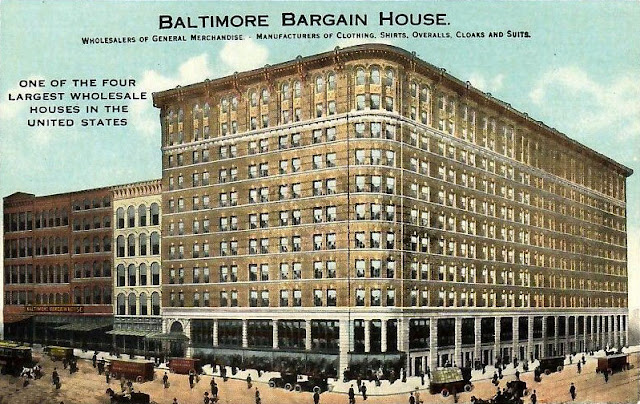 Baltimore Bargain House
One of the Four
Largest Wholesale
Houses in the
United States. 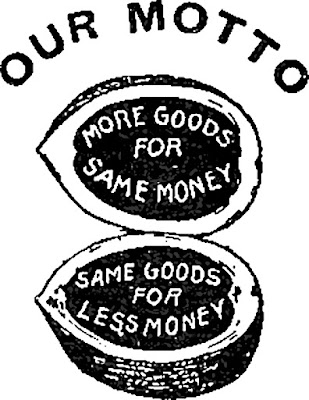