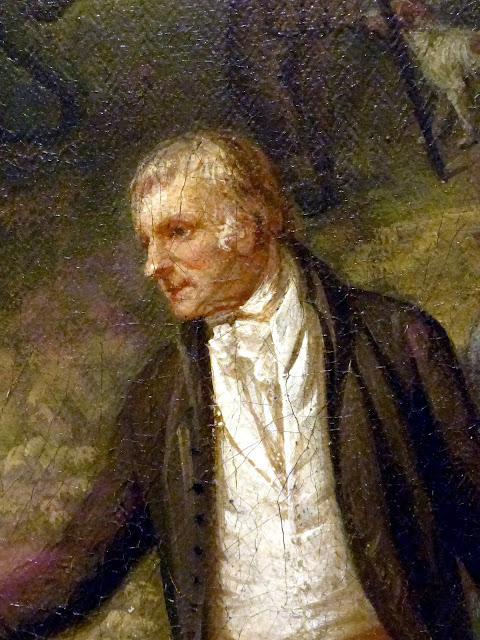 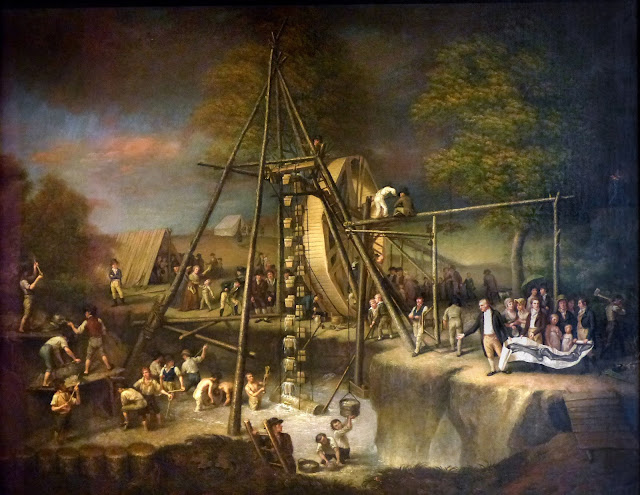 This painting, Exhumation of the Mastodon 1806-1808 by Charles Wilson Peale hangs in the Maryland Historical Society Museum in Baltimore Maryland.


Charles Willson Peale created this painting a few years after excavating his mastodon skeletons. The ambitious work includes much symbolism and nearly two-dozen portraits of his family and friends.

Dark skies and an incoming storm show the power of nature that the mastodons came to exemplify, and also the practical challenges of Peale's endeavor. Indeed, the painting's centerpiece is not Peale himself but rather the ingenious device he used to extract water from the marl pit.

Peale stands to the right with family members behind him. From his left stands his third wife Hannah Moore, his eldest son Raphael and wife Eleanor, his daughter Sophonisba and husband Coleman Sellers (under umbrella), his young daughters Sybilla and Elizabeth, and his sons Rubens and Raphaelle with wife Patty. Elsewhere are his sons Linaeus, Franklin, brother James (behind leg of the water wheel), and son Titian with Peales' deceased first wife Elizabeth DePeyster (on far bank to the left).

Peale's friend Alexander Wilson stands in the left background wearing a tall hat and John Masten, on whose farm they were digging, climbs the ladder in the foreground. -- MdHS 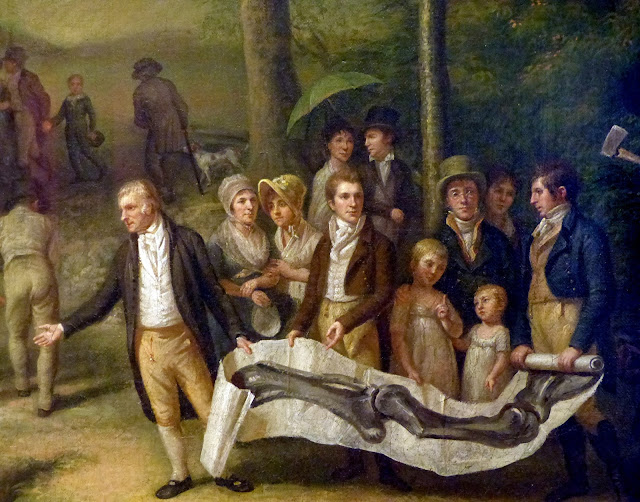 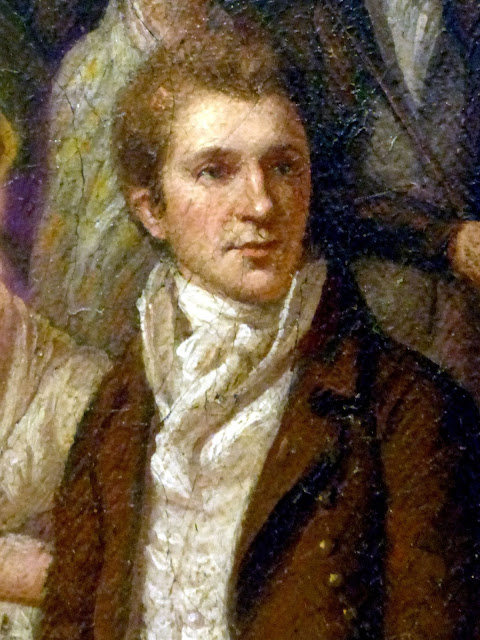 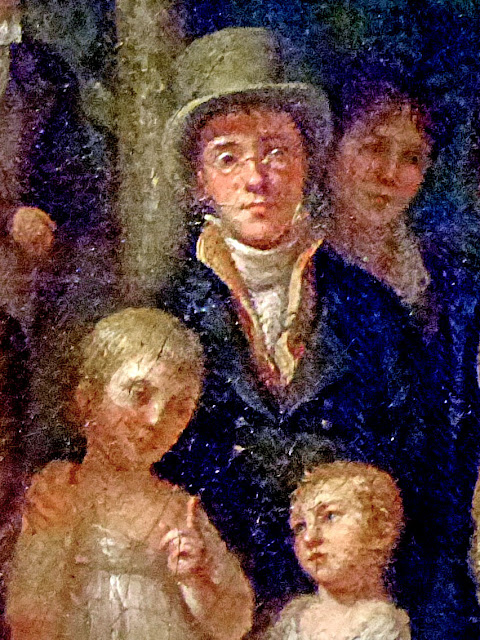 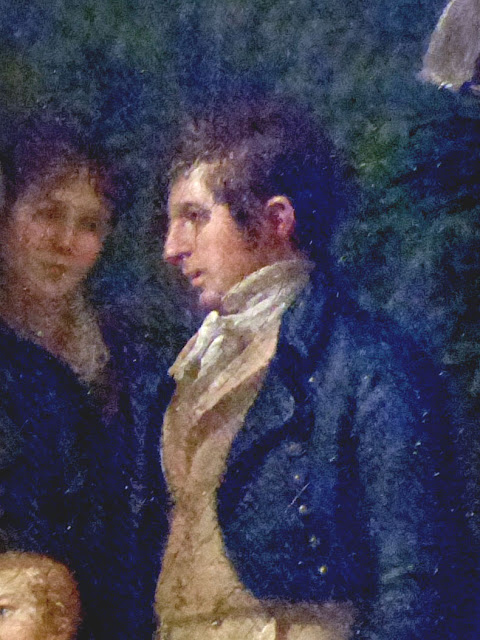 Raphaelle Peale
and his wife Patty

In 2016 the painting stood with the bones of Peale's Mastodon in the Maryland Historical Society Museum. 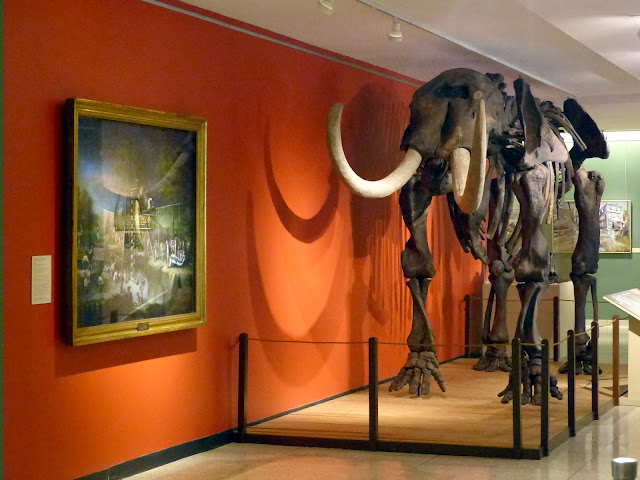 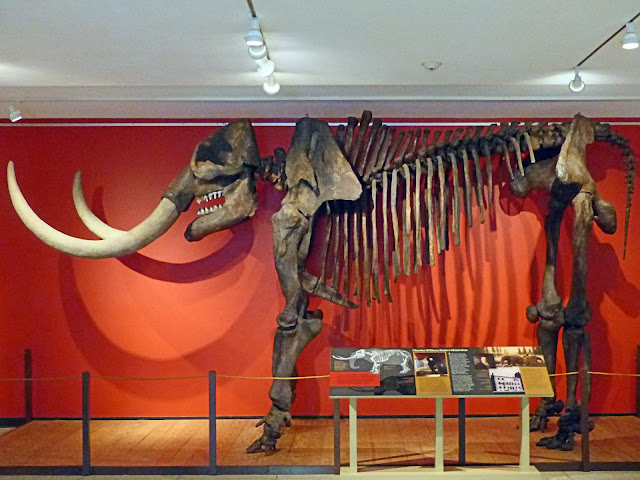 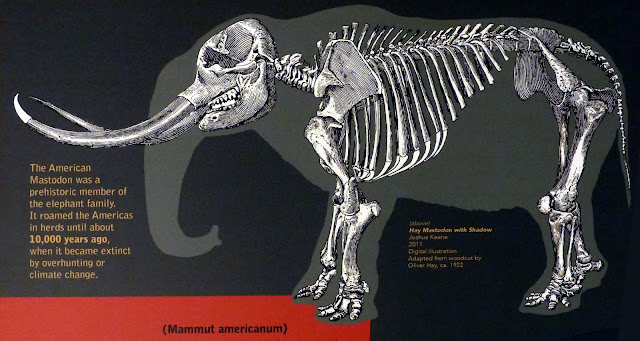 The American Mastodon was a prehistoric member of the elephant family. It roamed the Americas in herds until about 10,000 years ago, when it became extinct by overhunting or climate change. 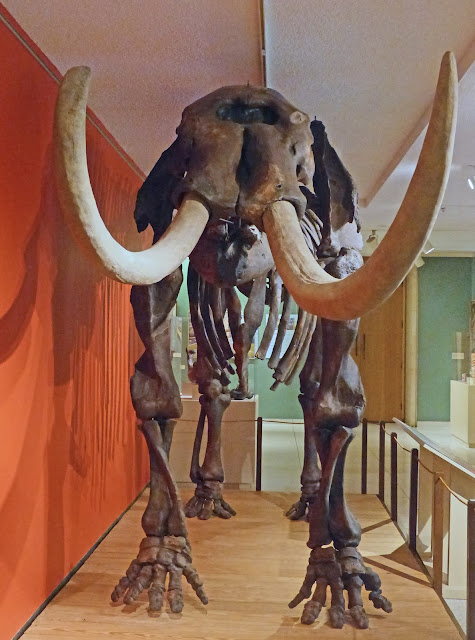 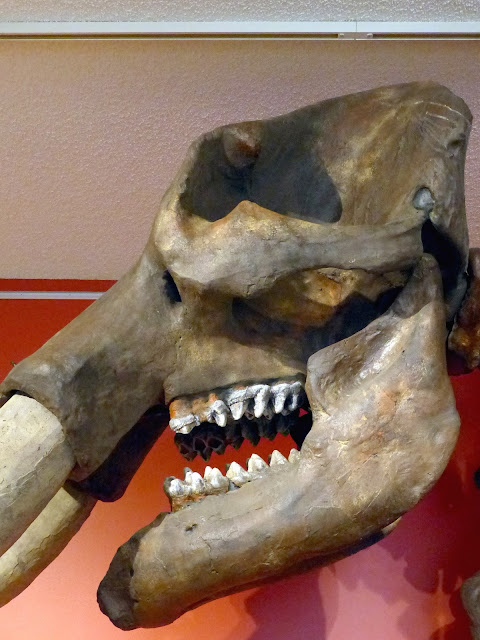