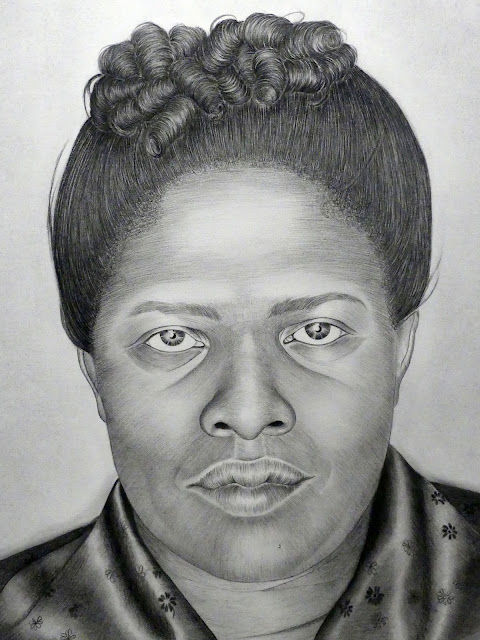 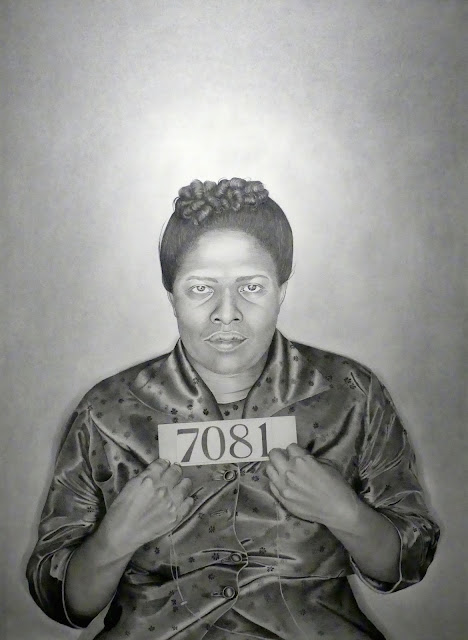 This 2018 portrait of Lottie Green Varner by Lava Thomas was part of the 2019 Outwin prize exhibit at the National Portrait Gallery. The work is in the collection of David and Pamela Hornik.


Lottie Green Varner depicts a middle-aged woman, who unapologetically confronts the viewer’s gaze. The gray tones, the subject’s frontal pose, and the prominent placement of the number strongly suggest that Varner is in jail. However, instead of a cold, criminalizing mugshot, the artist Lava Thomas’s work conveys presence and warmth. With the utmost care, she renders the shape of Varner’s face, a few strands of her unruly hair, the flower print of her shirt, and her subject’s strong hands.

This is one of twelve works in Mugshot Portraits: Women of the Montgomery Bus Boycott, a series honoring the African American women who took part in the boycott (1955–56) and were arrested for civil disobedience. As Thomas describes them: “The portraits strive to equalize the male- dominated narrative of the civil rights movement and to commemorate these women as its honorific heroines.” -- NPG


One of over 80 African American civil rights workers arrested in February 1956 during the Montgomery Bus Boycott. Picture taken at arrest available on the Smoking Gun website and named in Montgomery Advertiser. -- CRDL

The mugshot on which this portrait is based appears in The Smoking Gun. 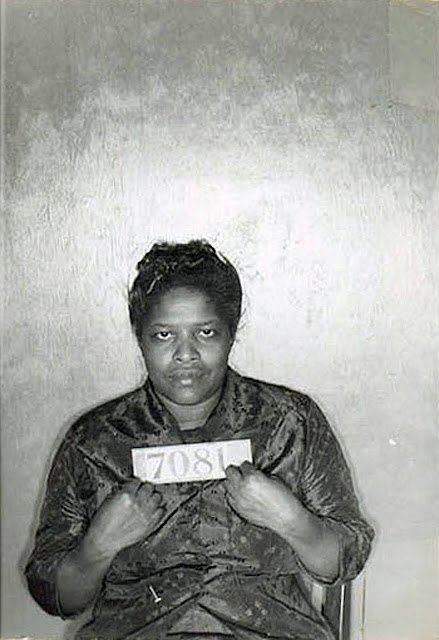