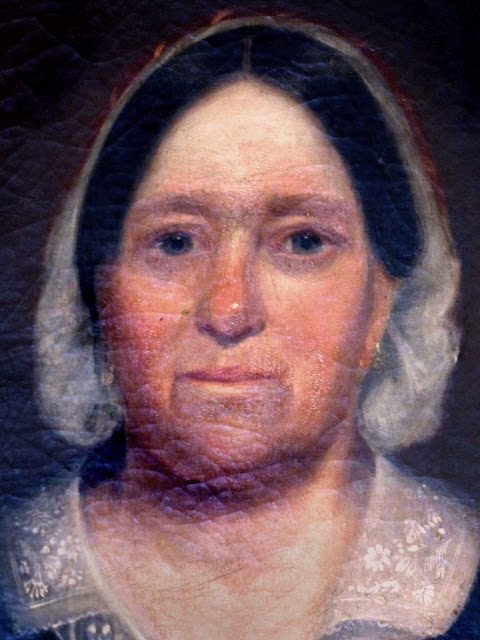 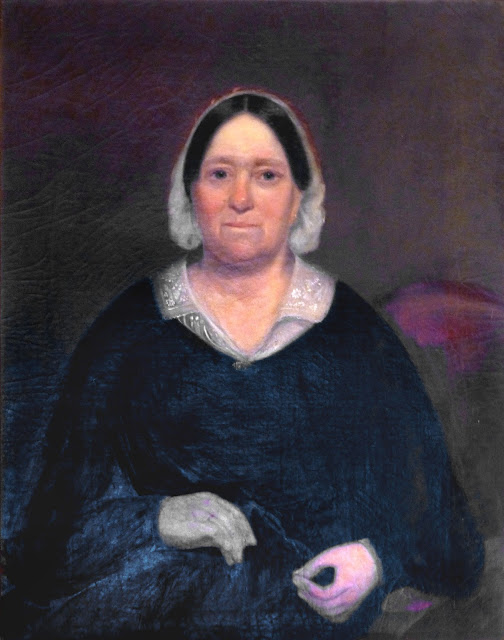 This portrait of Mary Young Pickersgill hangs above one of the fireplaces in the Star Spangled Banner Flag House in Baltimore, MD. The Flag House was the home of Mary Pickersgill.


Mary Pickersgill (born Mary Young; February 12, 1776 – October 4, 1857), was the maker of the Star Spangled Banner Flag hoisted over Fort McHenry during the Battle of Baltimore in the War of 1812. The daughter of another noted flag maker, Rebecca Young, Pickersgill learned her craft from her mother, and, in 1813, was commissioned by Major George Armistead to make a flag for Baltimore's Fort McHenry that was so large that the British would have no difficulty seeing it from a great distance. The flag was installed in August 1813, and, a year later, during the Battle of Baltimore, Francis Scott Key could see the flag while negotiating a prisoner exchange aboard a British vessel, and was inspired to pen the words that became the United States National Anthem. -- Wikipedia 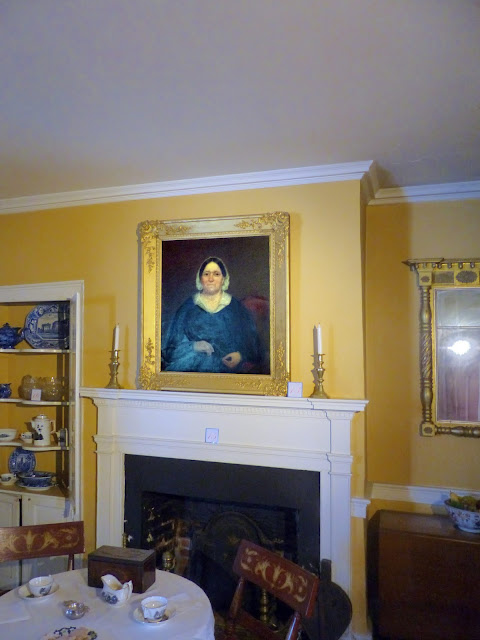 As Mrs. Pickersgill's home was too small to spread out the huge flag, she got permission to use the malt house of a nearby brewery. This photo of a 1962 painting appears on an historical marker near the flag house. 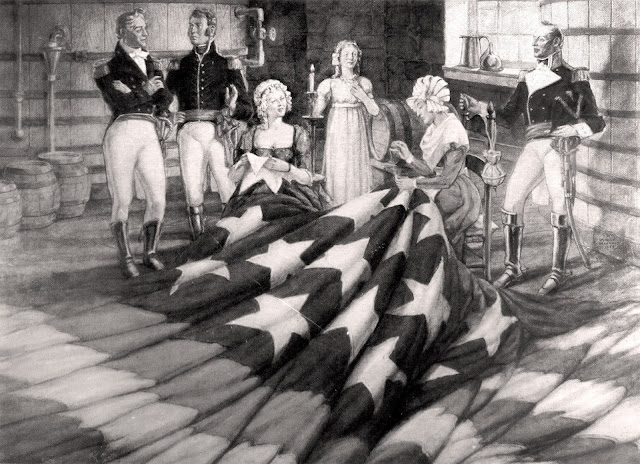 Placing the Stars on the Flag
1962 Oil on Canvas

“Placing the Stars on the Flag That Inspired Francis Scott Key to Write Our National Anthem, Claggetts Brewery, Baltimore 1812-1814,” by R. McGill Mackall (1889-1982). Mary Pickersgill and her mother, Rebecca Young, who also made flags during the American Revolution, finish the Ft. McHenry garrison Flag as Mary’s daughter, Caroline, and three officers looks on.

This  painting of the same subject has a somewhat different cast of characters. 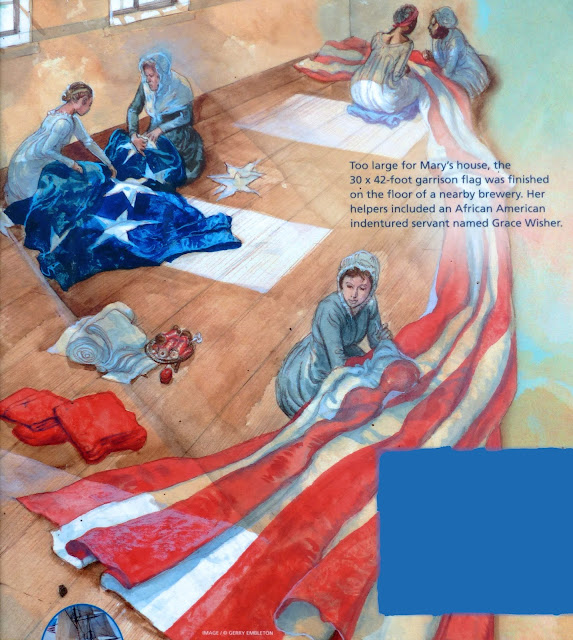 Too large for Mary’s house, the 30 x 42-foot garrison flag was finished on the floor of a nearby brewery. Her helpers included an African American indentured servant named Grace Wisher. 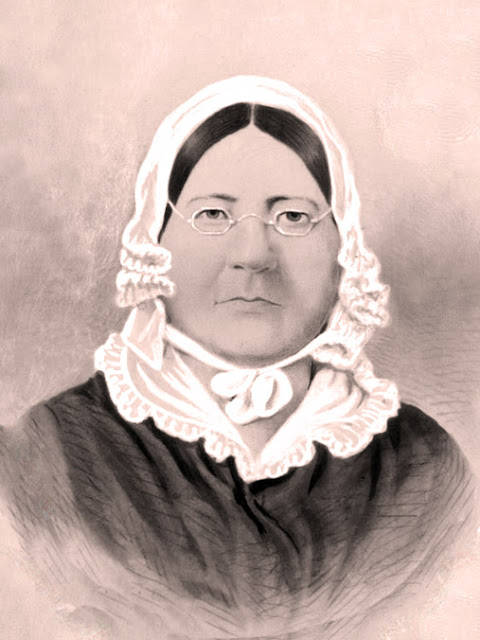 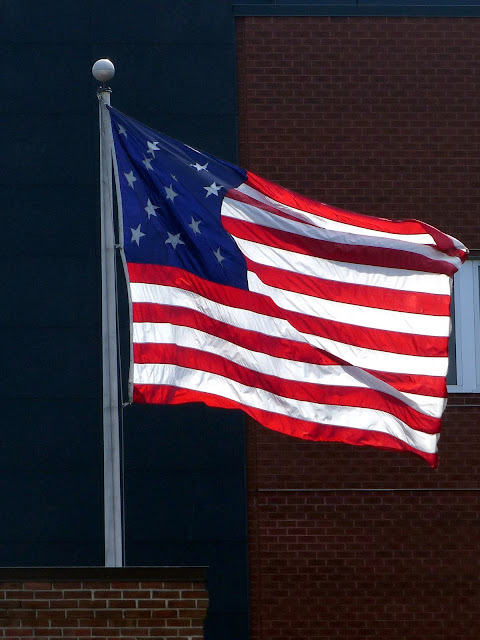