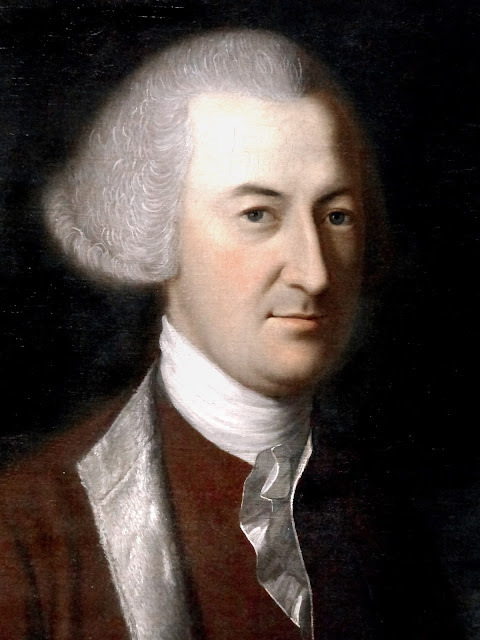 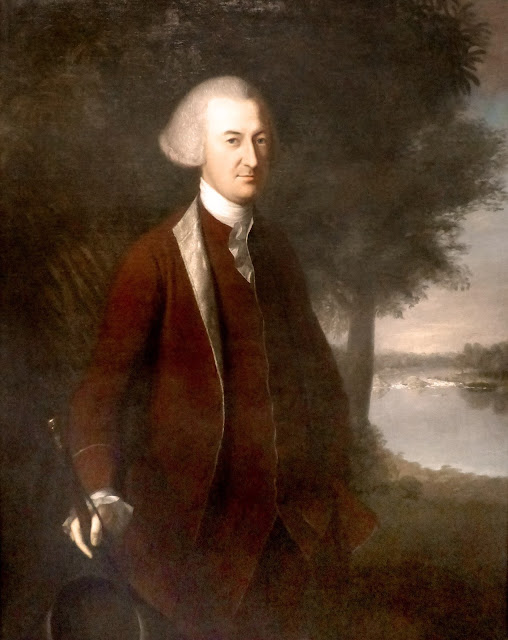 This 1770 portrait of John Dickinson (1732-1808) by Charles Willson Peale hangs in the National Portrait Gallery in Washington, DC. It  is on loan from The Atwater Kent Museum.


The “Pennsylvania Farmer,” as John Dickinson signed himself in the press, was a Philadelphia lawyer trained in London's Inns of Court and a politician with experience in the legislatures of both Delaware and Pennsylvania. Dickinson's Letters from a Farmer in Pennsylvania (1767-68), warning that taxation by the British Parliament was a threat to America's traditional liberties, “may be said to have sown the seeds of the Revolution,” Charles Willson Peale declared. “They were written with great animation and read with uncommon attention.”

Peale's original commission for a portrait of Dickinson, ordered by a Marylander living in London, came with a request for American scenery in the background. Hence we see here the falls of the Schuylkill River, along with native plants and flowers. -- NPG

Edmund Jenings III (1731-1819), a Maryland Lawyer living in England, commissioned this picture as well as that of to John Beale Bordley. 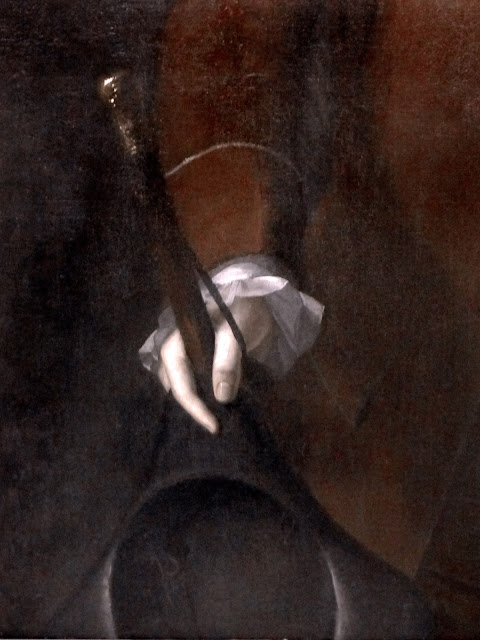 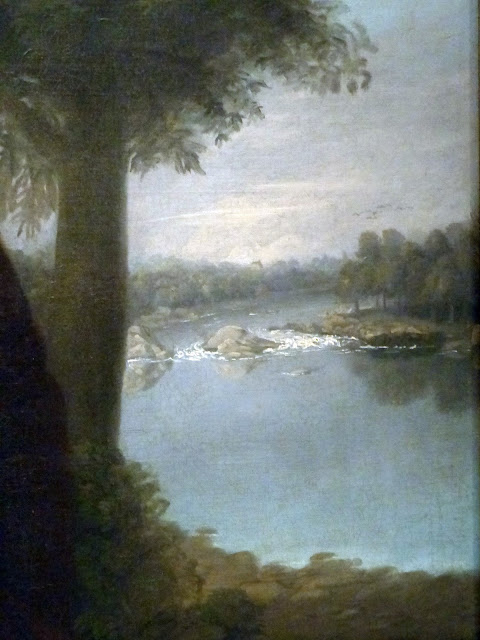 The Falls of the Schuylkill

The NPG also has this 1771 woodcut attributed to Paul Revere which appeared in Ames Almanack for 1772, reprinted by Samuel Briggs in 1891. 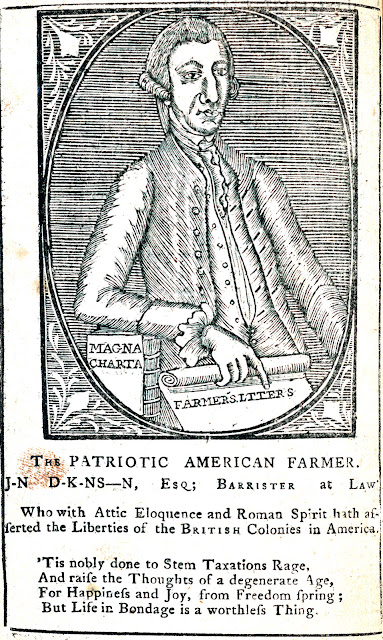 
Who with Attic Eloquence and Roman Spirit hath
asserted the Liberties of the British Colonies in America.

'Tis nobly done to Stem Taxation Rage,
And raise the Thoughts of a degenerate Age,
For Happiness and Joy, from Freedom spring;
But Life in Bondage is a worthless Thing.


Dickinson (John), an American statesman and lawyer, born in Maryland in 1732. He was chosen a member of the Continental Congress in 1774, and wrote several important state papers issued by that body. In June, 1776, he opposed the Declaration of Independence, which he thought premature. Having declined to sign that declaration, he impaired his popularity, and lost his election to the next Congress. He afterwards served as a private soldier against the British. In 1779 he was again elected to Congress from Delaware. He was President of Pennsylvania about three years, 1782—85. He was an able debater, and distinguished for his elegant manners and superior culture. Died in 1808. [Lippincott’s Biog. Dictionary.]

And comments on the engraving:

Mr. John Dickinson, Barrister-at-Law, “The Patriotic American Farmer,” is basely slandered by an outrageous portrait in this issue,.

A spruced-up version of the engraving appeared in Harper's Weekly June 30, 1883 (LOC). 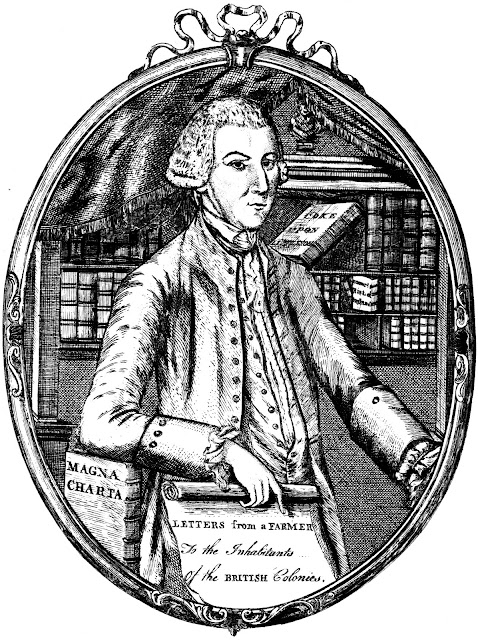