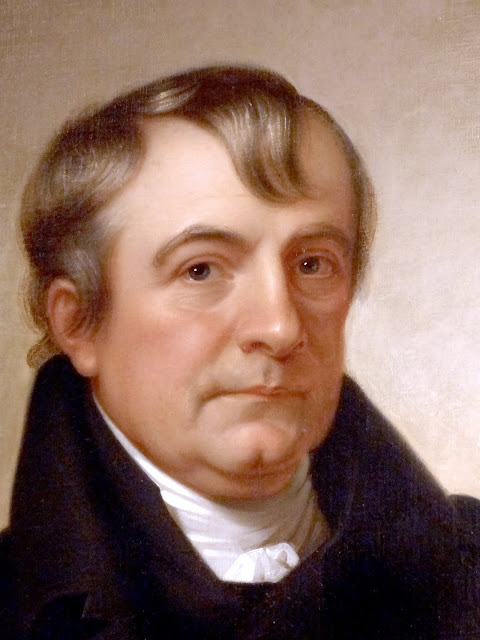 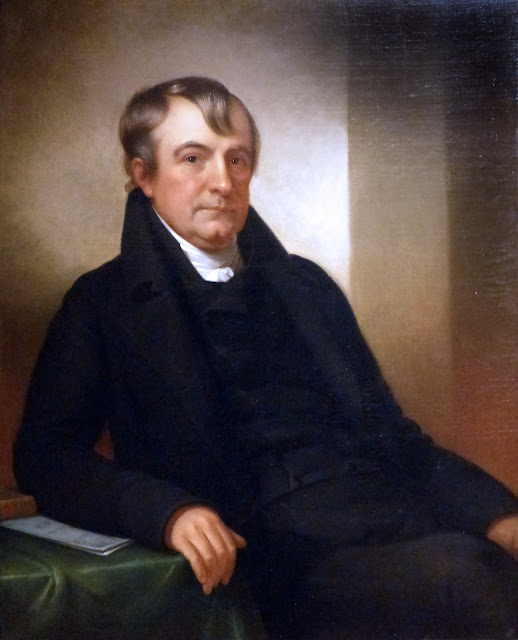 This 1817 portrait of Edward Johnson (1767-1829) by Rembrandt Peale hangs in the Maryland Historical Society Museum in Baltimore, Maryland.


Edward Johnson served six two-year terms as mayor of Baltimore and led the city during the tumultuous period from 1812 to 1814. In 1812, Johnson navigated the brutal riot directed towards anti-war newspaper publisher, Alexander Contee Hanson. Although Johnson remained staunchly anti-British, he put his own, political opinions aside and led Hanson and his followers to the city Jail where he mistakenly thought they would be protected. In 1814, Johnson headed the Committee of Vigilance and safety and directed preparations for a British invasion. His obituary lauded him as “…one of the most benevolent men that ever lived.” -- Maryland Historical Society 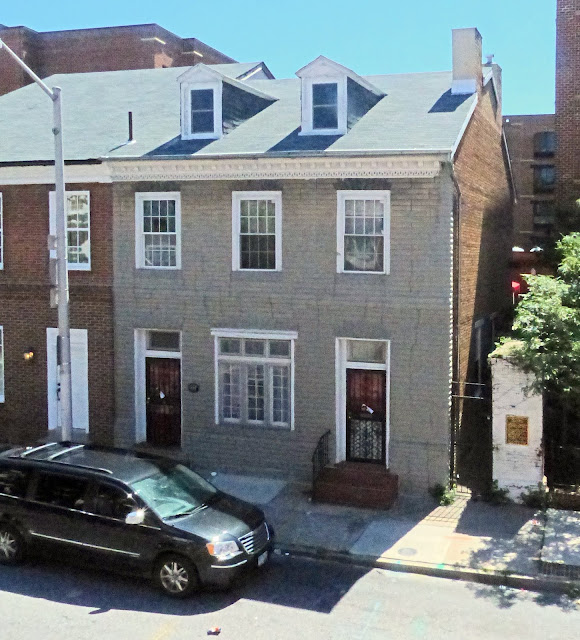 The house is marked with a bronze plaque which describes the life of Edward Johnson. 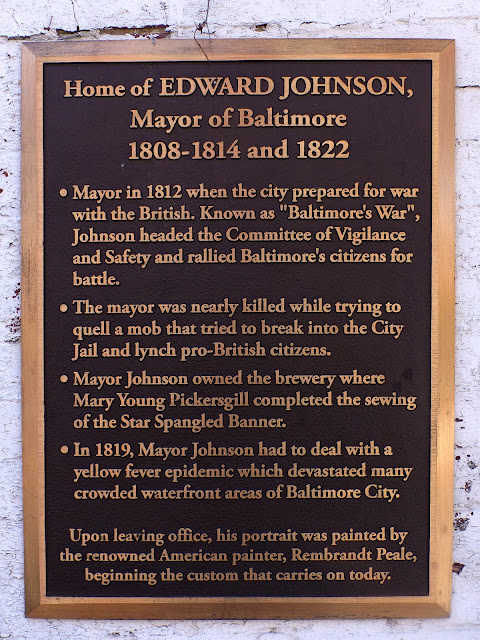 • Mayor in 1812 when the city prepared for war with the British. Known as “Baltimore's War”, Johnson headed the Committee of Vigilance and Safety and rallied Baltimore's citizens for battle.

• The mayor was nearly killed while trying to quell a mob that tried to break into the City Jail and lynch pro-British citizens.

• In 1819, Mayor Johnson had to deal with a yellow fever epidemic which devastated many crowded waterfront areas of Baltimore City.

Upon leaving office, his portrait was painted by the renowned American painter, Rembrandt Peale, beginning the custom that carries on today.


[Died], in Baltimore on the 18th ult. Edward Johnson esq. in the 62d year of his age -- one of the most benevolent men that ever lived -- remarkable for his fidelity to his friends, though kind unto all men. He filled the office of a delegate to the general assembly, was twice or thrice an elector of our senate, and as often an elector of president or vice president of the United States, and six or seven times chosen mayor of the city -- the duties of all which he performed much to the satisfaction of the people and without the suspicion of one improper motive -- Niles' Weekly Register, May 2, 1829