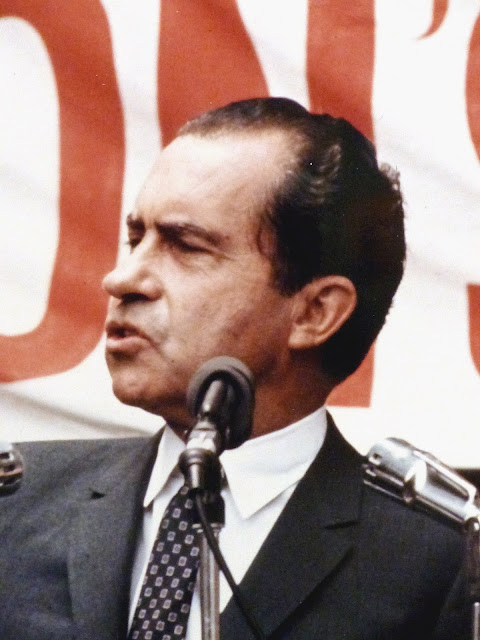 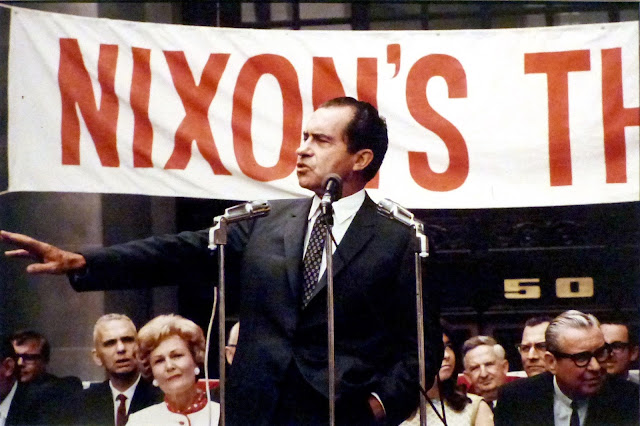 This 1968  photo of Richard Milhouse Nixon by George Tames belongs to the National Portrait Gallery in Washington, DC.


The election of Richard Nixon to the presidency in 1968 marks one of the most noteworthy comebacks in American politics. Six years earlier, pundits had written him off as a has-been in the wake of his unsuccessful bid for the California governorship, which had come on top of his historically close loss to John F. Kennedy in the 1960 presidential election. Even Nixon himself had admitted publicly that he was through with politics. Yet that appraisal took into account neither the depth of his ambitions for high office nor his dogged determination.

George Tames, a veteran news photographer for the New York Times, snapped this picture of Nixon giving a campaign speech. His wife, Pat Nixon (1912-1993), is shown seated behind him, listening attentively. -- NPG

The Portrait Gallery also has this 1971 photo of George Tames and Richard Nixon taken by an unknown photographer. 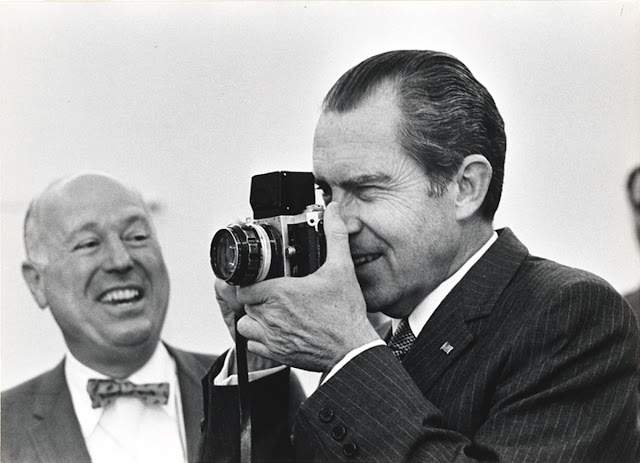