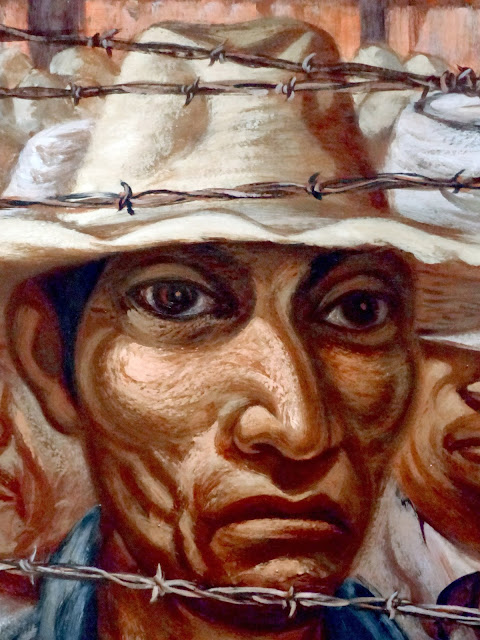 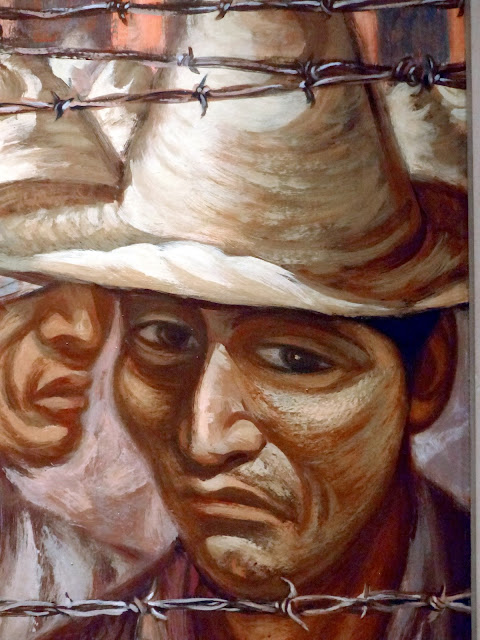 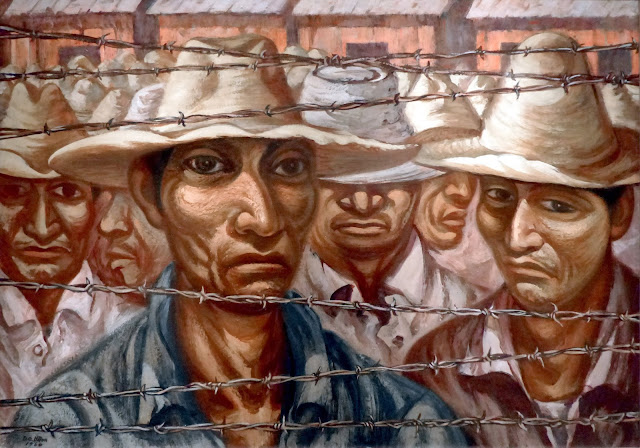 This 1960 painting, Braceros, by Domingo Ulloa hangs in the Smithsonian American Art Museum, in Washington , DC.


Domingo Ulloa painted this canvas after several visits to a Bracero camp
in Holtville, California. The Bracero Program (1942—64) was a bi-national effort that brought Mexican guest workers, known as braceros, to fill in agricultural labor shortages caused by World War ll. Ulloa's crowd of workers, who peer dejectedly through a barbed-wire fence, reinforces the mounting public protest against their poor living and working conditions. His composition recalls photographs of concentration camp inmates, which Ulloa —a World War II veteran— was familiar with. Ulloa later stated, “Most of my paintings are inspired by the common people in their work, in their joy, and in their struggle.” -- SAAM 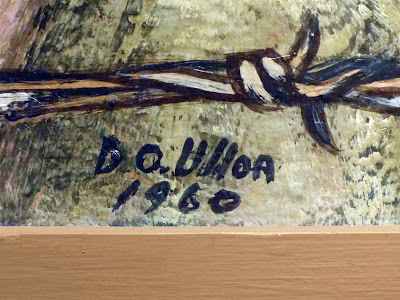