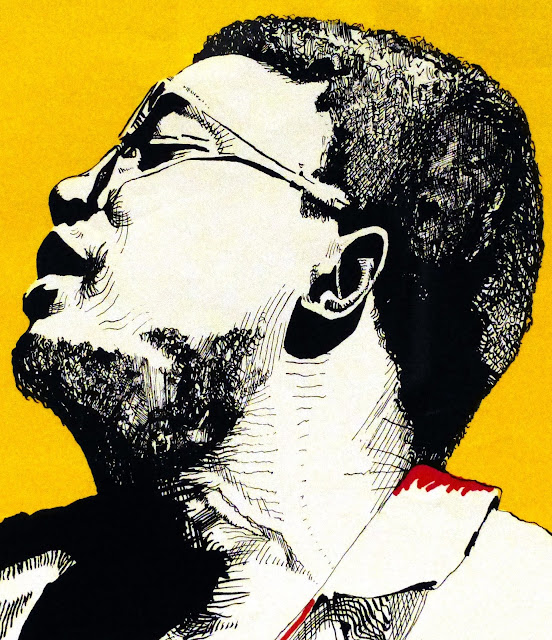 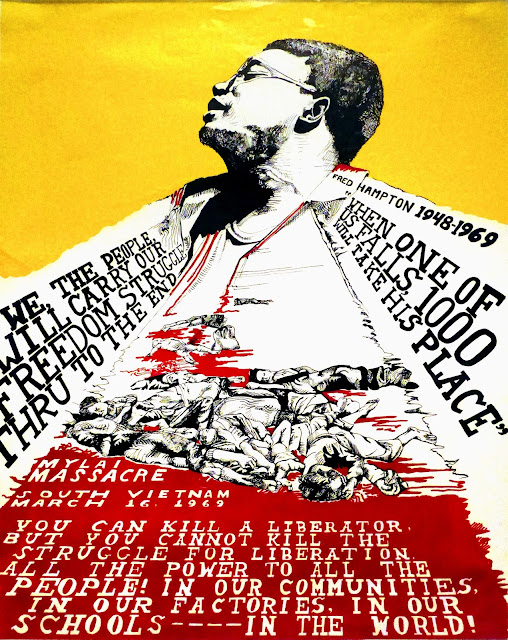 We, The People
Will Carry Our
Freedom Struggles
Thru to the End

You Can Kill a Liberator,
But You Cannot Kill The
Struggle for Liberation
All the Power to All the
People! In Our Communities
Schools ---- In the World!

This c. 1969 Poster entitled When One of Us Falls, 1000 Will Take His Place by an unknown artist hangs in the National Portrait Gallery in Washington, DC.


Fred Hampton (1948-1969) was the deputy chair of the Black Panther Party, rising to this position after years of organizing with the NAACP. His political career demonstrates the splits that were occurring in the civil rights movement as the NAACP's focus on integration, legal challenges, and nonviolent moral persuasion fell out of favor with a younger generation. Charismatic and effective, Hampton drew the attention of the FBI as a “key militant.” In the late 1960s, the FBI began a campaign to destabilize the Black Panthers and killed Hampton while he was sleeping during a raid. Although the FBI officers in charge were never prosecuted, after thirteen years of litigation Hampton's family won an appeal and achieved a civil rights settlement in a landmark case. Nevertheless, after Hampton's murder, the inability to produce another leader with the same energy and intelligence of Hampton led to the party's demise in the 1970s. -- NPG 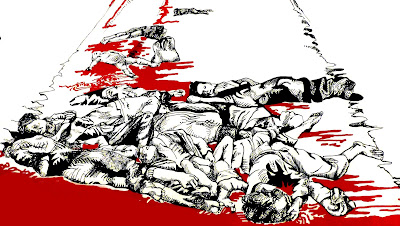 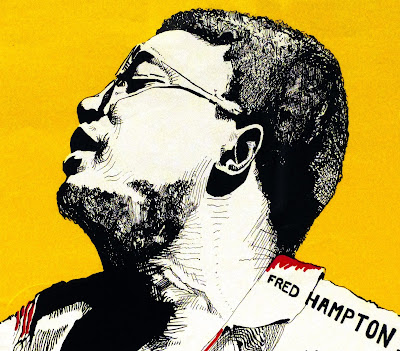