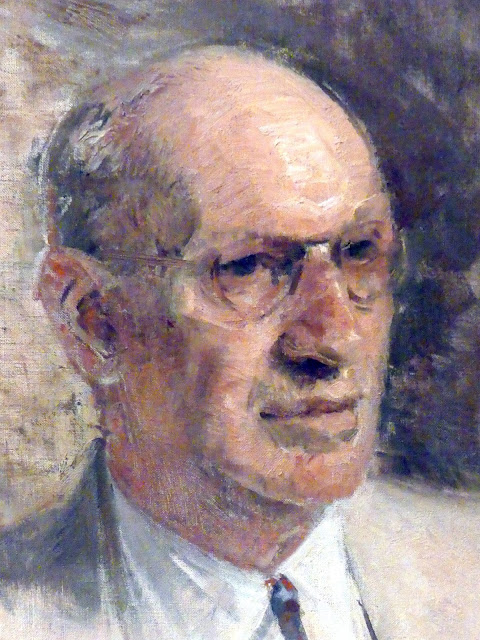 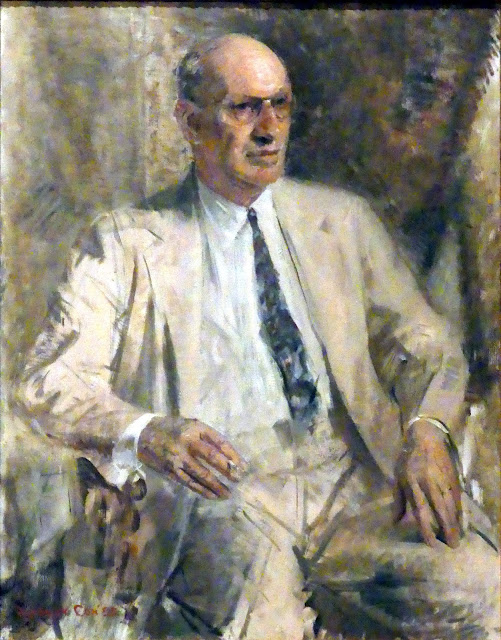 This 1955 portrait of Lessing J. Rosenwald by Gardner Cox hangs in the founders' room at the National Gallery of Art in Washington, DC.


Lessing Julius Rosenwald (February 10, 1891 – June 24, 1979) was an American businessman, a collector of rare books and art, a chess patron, and a philanthropist. -- Wikipedia 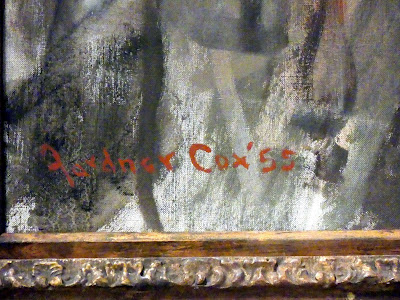 Lessing Rosenwald was the son of Julius Rosenwald who founded Rosenwald Schools for African Americans across the southern US. Like  his father he was chairman of Sears and Roebuck and like his father he retired to philanthropy.  When Rosenswald died in 1979 his Washington Post obituary began:


Lessing J. Rosenwald, 88 whose gifts of prints and drawings to the National Gallery of Art and of rare books to the Library of Congress have made their collections among the foremost in the United States, died Sunday at his home in Jenkintown, Pa.... -- Washington Post 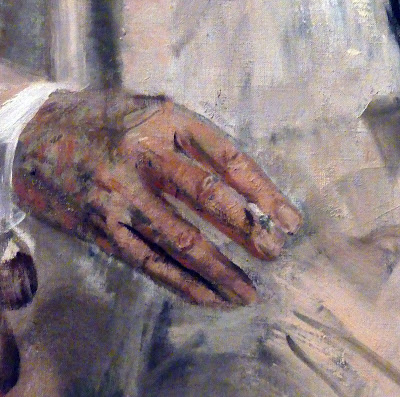