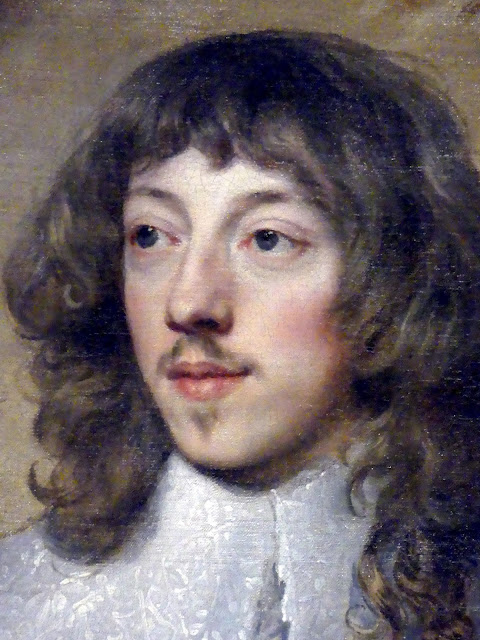 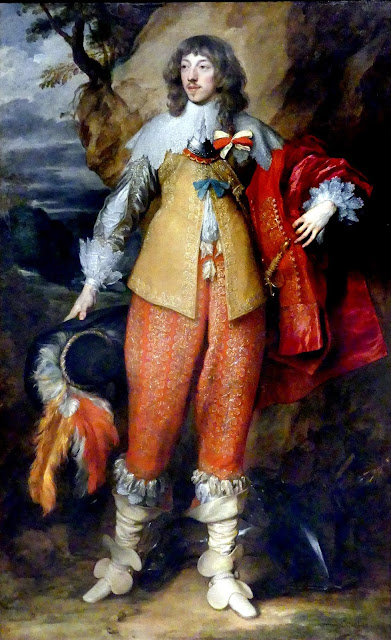 This c. 1634 painting of Henri II de Lorraine by Sir Anthony van Dyck hangs in the National Gallery of Art in Washington, DC.


In March 1634 Anthony van Dyck ceased his duties as court artist to King Charles I of England and returned to the southern Netherlands. During the next nine months he painted a number of portraits of exiled French aristocrats who had relocated to Brussels following the exile of the queen mother of France, Maria de' Medici, whom they supported politically. Among those he portrayed at the queen mother's court was Henri II de Lorraine.

Son of Charles de Lorraine, 4th duc de Guise, and Henriette-Catherine, duchesse de Joyeuse, Henri assumed the title of archbishop of Rheims in 1629 at age fifteen, a prerogative of his wealthy Catholic family. However, his supposedly oft repeated guide for living — "There are only two things in life: war and women, or women and war, the order does not matter, as long as both are present" — conflicted with the religious conviction expected of him as archbishop, and he left Rheims in the early 1630s to join the imperial forces in Germany. He presumably moved to Brussels after the Battle of Nördlingen in 1634, perhaps in the retenue of Cardinal-Infante Ferdinand, who, after his victory in that battle, became the new governor of the southern Netherlands.

Van Dyck pictures Henri full-length, his armor, symbolic of his recent military involvement, discarded at his feet. Reflecting the height of fashion, Henri wears his hair long, with a lovelock that falls gracefully over his broad lace collar adorned with a multicolored bow. Dressed in a resplendent tan doublet split at the sleeves to reveal a billowing white shirt, sporting large boots and vibrant red breeches trimmed with gold and festooned with decorative ribbons, Henri exudes confidence but very little seriousness, which may in fact reflect his lack of moral character. -- NGA 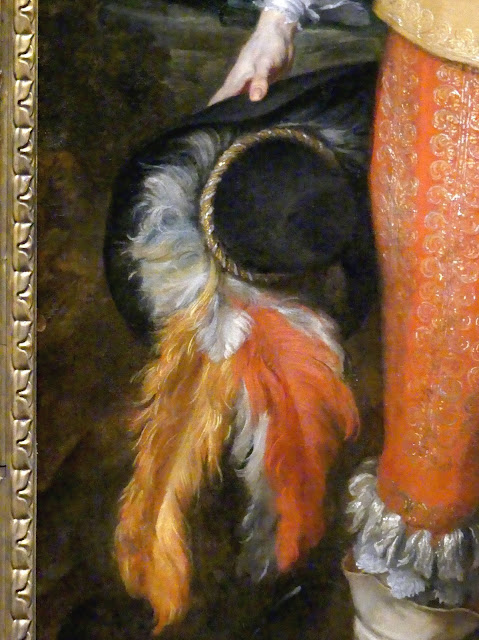 Henri was not just some guy, he was the Duke of Guise. Thomas Carlyle says: “Guises is a little town in Picardy with a castle, inhabitants (living how I know not), modern Department of L'Aisne (try a map for some view of it) : used to be the apanage of younger brothers of the Lorraine House... ”

Anne Gonzaga, “princess palatine,” who claimed to be secretly married to Henri II, said this of him:


Monsieur Guise had the figure, the air and the manners of a hero in a novel, and his entire life bore the mark this character. Magnificence reigned in his entire person and in everything that surrounded him; his conversation was especially charming: everything he said, everything he did, proclaimed that he was an extraordinary man. Ambition and love dominated his projects, which were so vast that they were Homeric; but with such an illustrious name, heroic valor, and a bit of good fortune, nothing exceeded his hopes. He had a gift for making himself loved by all those he wanted to please, which seemed to be the lot of the princes of the House of Lorraine. He was flighty in his attachments, inconstant in his projects, hasty in carrying things out. 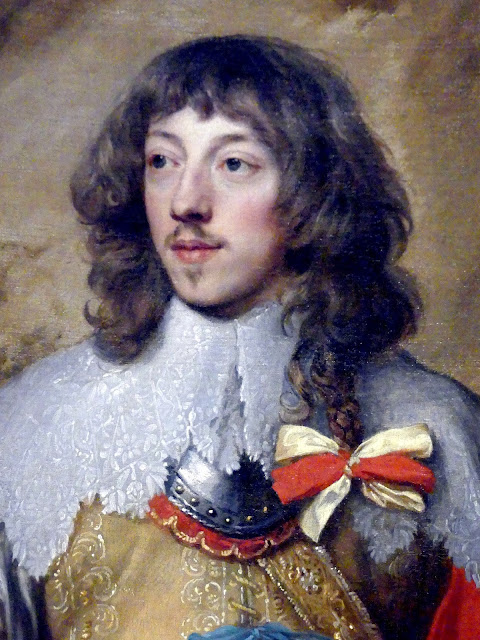 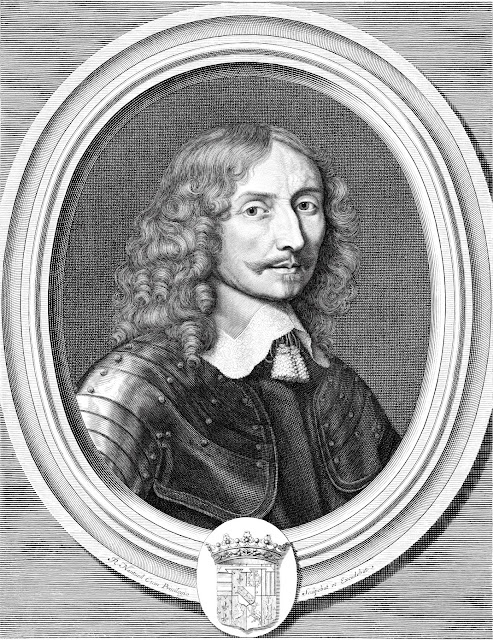 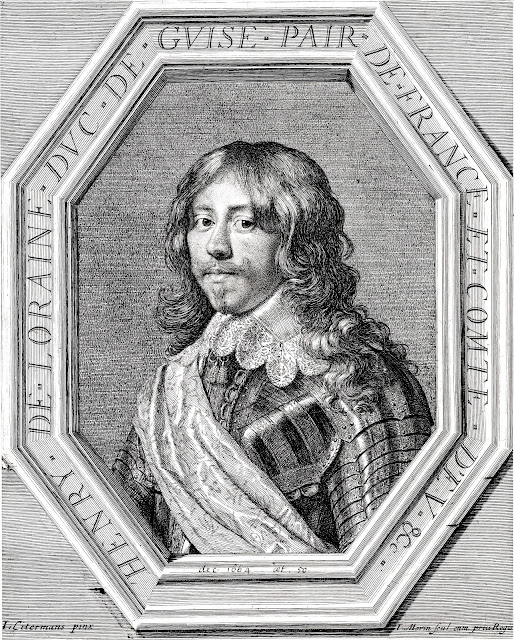